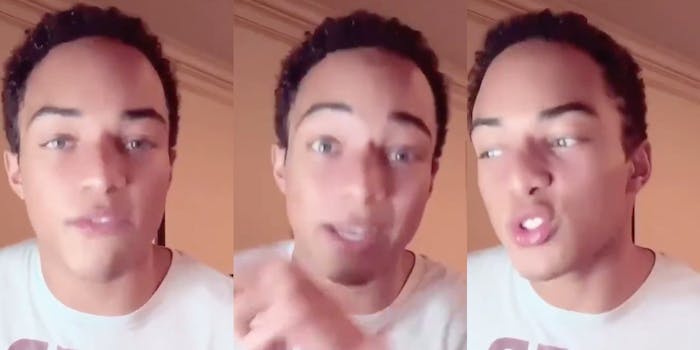 'Let me break this down for any liberals who are being boisterous and a little out of control today.'

It is not entirely shocking, given that Walker’s father, the 1982 Heisman Trophy winner, has been friends with President Donald Trump for decades. But you have to give it to the kid: His insistence and willingness on being this strong and wrong, especially after Biden’s victory has been sealed and confirmed, is impressive.

“Let me break this down for any liberals who are being boisterous and a little out of control today,” he starts. “Article II, section 1 of the Constitution, check into it. The electors may have cast their votes today; they’re not counted until January 6, when Congress meets.”

In a recent Instagram post by Walker, the caption reads: “Notice how we’re being yelled at today by a certain group of people that “ITS OVER!!!” “BIDEN WON!!!” Oh really? Then why are you so angry about it? Sweetie, Congress meets for a joint session January 6th. Many states are still in court. Many states are probably going to be contested. Nobody cares how loud you yell with your stinky breath and blue hair, this is going to be decided constitutionally. If you’re so confident, then leave us all alone to be “crazy” by ourselves. You’re not leaving us alone because you know something smells fishy. Inauguration isn’t until January 20th. So take your tone of voice down and start prepping for four more years. Yes, I know Bill Barr wasn’t “LET GO.” Regardless, I’m happy he’s out. Let’s get a real AG in there who’s ready for whats to come 🤗”

“And for your information, seven states sent their GOP electors to vote for Trump today,” Walker continues, running off the swing states that went for Biden but who hosted mock votes to appease Trump. “This preserves President Trump’s right to remedy the fraud with his own electors.”

Like his father, Walker appears to be a case of a true believer riding for his counterfeit, if not outright treasonous, autocrat. And if you look at many of his other tweets, it gets even scarier. They speak for themselves.

Young Christian has some interesting thoughts on race, via his Twitter account, including that Black people were never slaves.

Also there’s outright quackery, much of it intellectually shocking:

Yes, because Jesus only cares about Republicans.