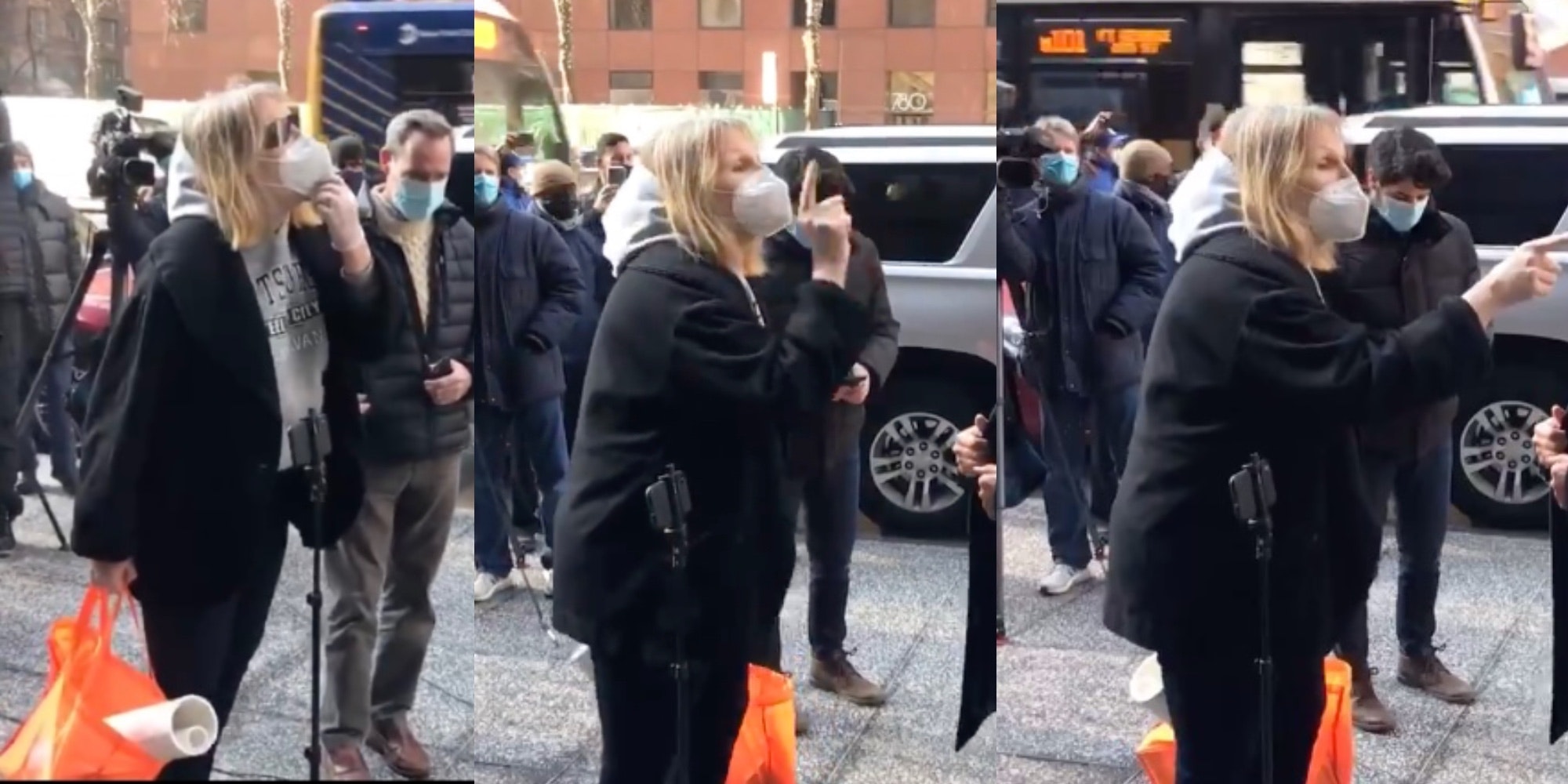 Schumer awkwardly watched from behind the podium.

A video circulating on social media shows a heckler interrupting Senate Minority Leader Chuck Schumer’s press conference Tuesday afternoon. She hurled expletives at Schumer and called him a “racist” and an “anti-Semite.”