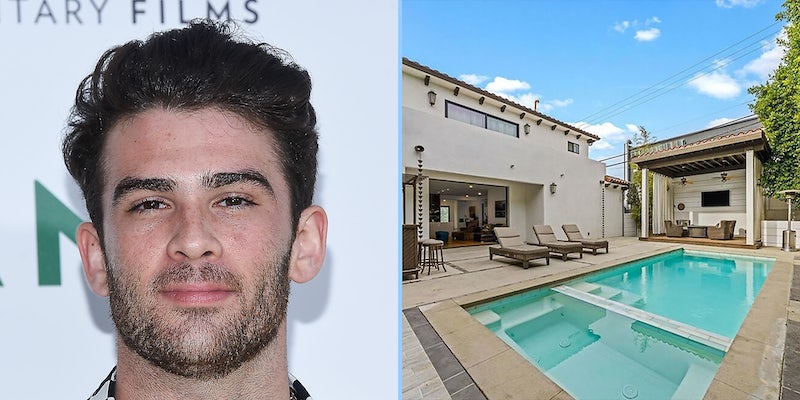 People are conflicted by the left-wing commentator's wealth.

Hasan Piker, aka HasanAbi, has accumulated a large following with his leftist commentary on Twitch. This week, social media users were in turns surprised and underwhelmed to learn that the 1.5 million followers he has on Twitch has translated into real-world wealth.

A fierce debate broke out after the revelation that Piker had recently purchased a $2.7 million home. According to Dirt, Piker bought a five-bedroom, 3,800-square foot home in West Hollywood.

Some felt that the purchase was at odds with Piker’s presumably socialist views, while others, including Piker, either shrugged or defended him.

To Fiona Applebaum, Piker’s wealth is problematic. “[I’m] deeply concerned that a bunch of media class socialists will be responsible for having a younger generation of socialists walking around thinking that unless you’re Jeff Bezos then you couldn’t possibly be exploitative,” she tweeted in a lengthy thread.

Many others shared her views—with varying degrees of thoughtfulness.

“It is morally wrong to buy a 3 million dollar house when that is more than the average human makes in a hundred lifetimes,” said @DSA_Maoist. “It doesn’t matter how you made it, it’s about basic human decency.”

As passionate as some were that people who subscribe to what they consider socialist views shouldn’t be rich, others were equally adamant that success such as Piker’s should be rewarded financially.

Podcaster Ethan Klein was among those pushing back against Piker’s critics. “Yall really think Hasan shouldnt be able to own a nice house and also champion for the poor and underprivileged?” he tweeted. “There is a difference between making millions on twitch and paying 50% in taxes, and Jeff Bezos being worth 150 billion and paying no taxes.”

One of the most ardent defenders of Piker was the man himself. He pushed back with memes, mockery, and some more serious commentary.

In response to someone who suggested that he was only rich because he didn’t donate enough to charity, Piker responded, “[T]he necessity of charity is an indication of systemic failure. it’s still useful to help out mutual aid orgs in the short term but that’s not how you solve structural problems. the rich also use it as a tax shelter.”

In another tweet, he joked, “In the future i will be replacing my 2011 Toyota Camry sport edition w leather heated seats and I cannot wait to hear what kind of wonderful intelligent discourse that will spring on here.”

Other high-profile leftists have weathered similar criticisms for expensive purchases. Some would argue that Piker differs from such people because he doesn’t hold himself out to be impoverished. He’s simply successful.

As the fervor continued, Piker had some thoughts for people arguing about his house.

“Everyone collectively needs to calm down,” he said.