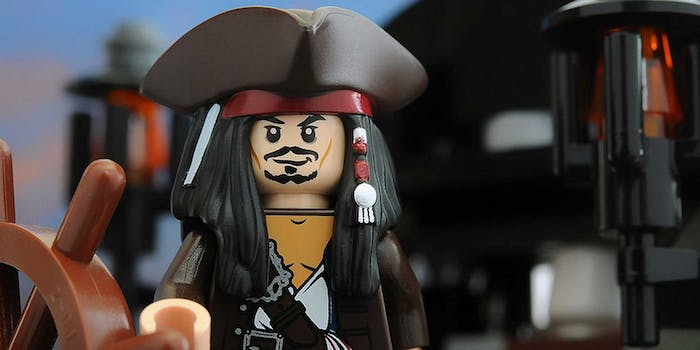 And takedown requests are 38 times what they were in 2011.

Beefing up their efforts to fight online piracy, companies representing copyright holders are taking their fight to Google—logging a record number of requests to have the world’s largest search engine take down links to pirated media.

The number of requests Google receives to take down certain search results for infringement has doubled since last year, as copyright holders try to cut off one of the main online thoroughfares connecting users to stolen media.

Google complies with about 97 percent of all requests.

Though requests have risen dramatically in recent years, the number of groups behind them has not. The lion’s share come from companies representing major movie, music and publishing companies. The most prolific submitter was Degban, a multimedia copyright protection company, followed closely by the Recording Industry Association of America (RIAA), the British Phonographic Industry, Takedown Piracy LLC, and Fox Group Legal. These five groups combined have filed nearly 16 million takedown requests within the past month alone.

The number of sites targeted for takedown are also more numerous, but the most frequently cited infringers include sites like Dilandau.eu and zippyshare.com, which have each had more than 1 million takedown requests filed against them in the past month.

Google has a fairly streamlined process for removing pirated material from its searches. Those claiming an infringement can fill out an online form that is usually processed in about six hours.

As Ben Richmond over at Motherboard explains, taking the fight to Google may be a more viable option for copyright holders than directly taking on sites that distribute pirated content. As Richmond points out, a high court in France recently ordered Google, Microsoft, Yahoo and the French company Orange to eradicate the search results of 16 video streaming sites. It’s a ruling that’s been derided by many who argue such a sweeping decision will hurt those actually using the sites for original, creative purposes. But in dealing with the search engines directly, copyright holders may have found a new way to protect their works, Richmond claims.

The French court might not be totally savvy about how the Internet works, and whether or not its ruling will actually stop anyone from violating copyrights, but it’s following the seasoned leaders and villains of copyright hunting. Of course, given the success rate of the RIAA, this could seem clueless, but it also has a certain logic: it puts the responsibility for blocking access to the content squarely on a company that actually does understand the internet.

Working with mainstream search engines, which have a vested interest in complying with the law, may prove more fruitful for copyright holders than dealing directly with the file sharing sites whose leaders often see it as their mission to flaunt the will of copyright holders. As the Internet has seen with Kim Dotcom and his rebranded Mega file sharing site, it can be difficult to keep the proprietors of pirated material down.