That's not the only thing wrong here.

What’s wrong with this picture? 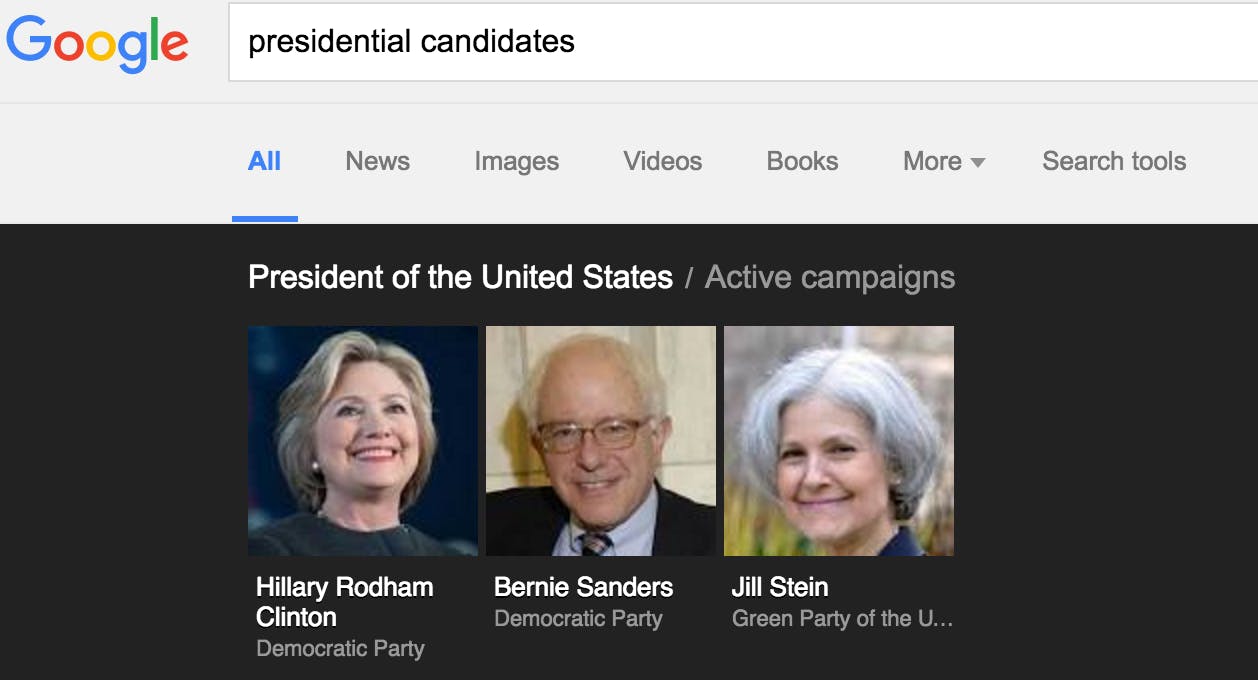 That’s right—Donald Trump, the Republican nominee for president, does not appear in the dedicated “active campaigns” results box at the top of Google searches for “presidential candidates.” But that’s not the only error here.

Libertarian candidate Gary Johnson is also excluded, and Sen. Bernie Sanders (I-Vt.), who conceded to Democratic nominee Hillary Clinton on Tuesday evening, is no longer running an active campaign. Nor does it include any of the other independent candidates running for president this year.

Interestingly, this issue first popped up earlier this month when Stein petitioned Google to include her in the “presidential candidates” results—which, at the time, also included Trump and Johnson.

The exclusion of Trump caught the attention of Reddit‘s highly active and contentious r/The_Donald community early Wednesday morning, where users speculated a Google conspiracy against their candidate of choice.

Claims of censorship are a mainstay on the internet and have percolated to the surface over the past week after WikiLeaks published nearly 20,000 emails stolen from the Democratic National Committee. Twitter was accused of censoring a trending hashtag related to the leaks. And Facebook faced similar criticism after blocking links to the whistleblower website. In both cases, the issues were attributed to algorithmic functions and not intentional censorship by Silicon Valley firms.

So, the error is likely not an intentional attempt by Google to mislead the American people and is far more likely the result of algorithm insufficiency. 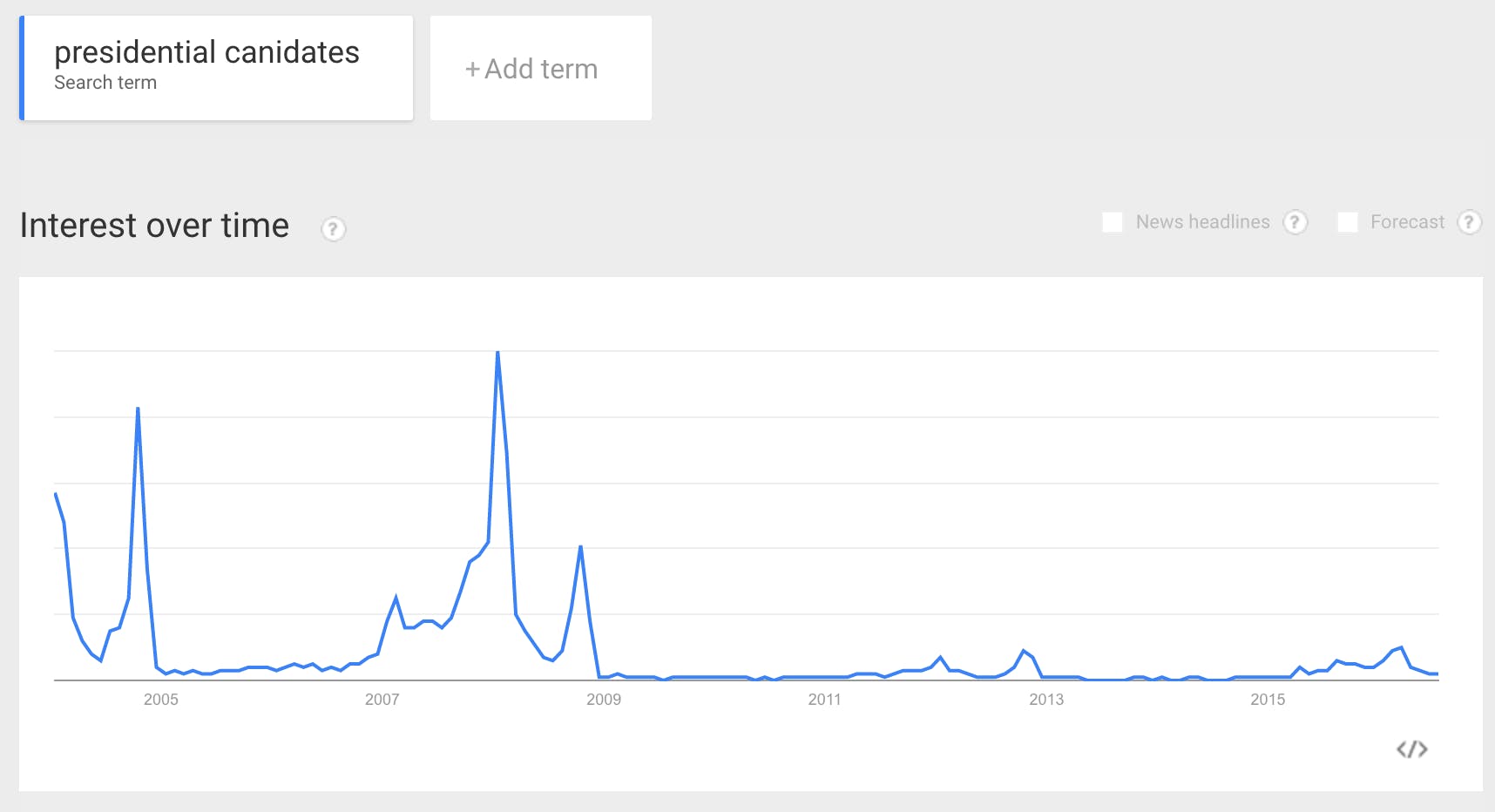 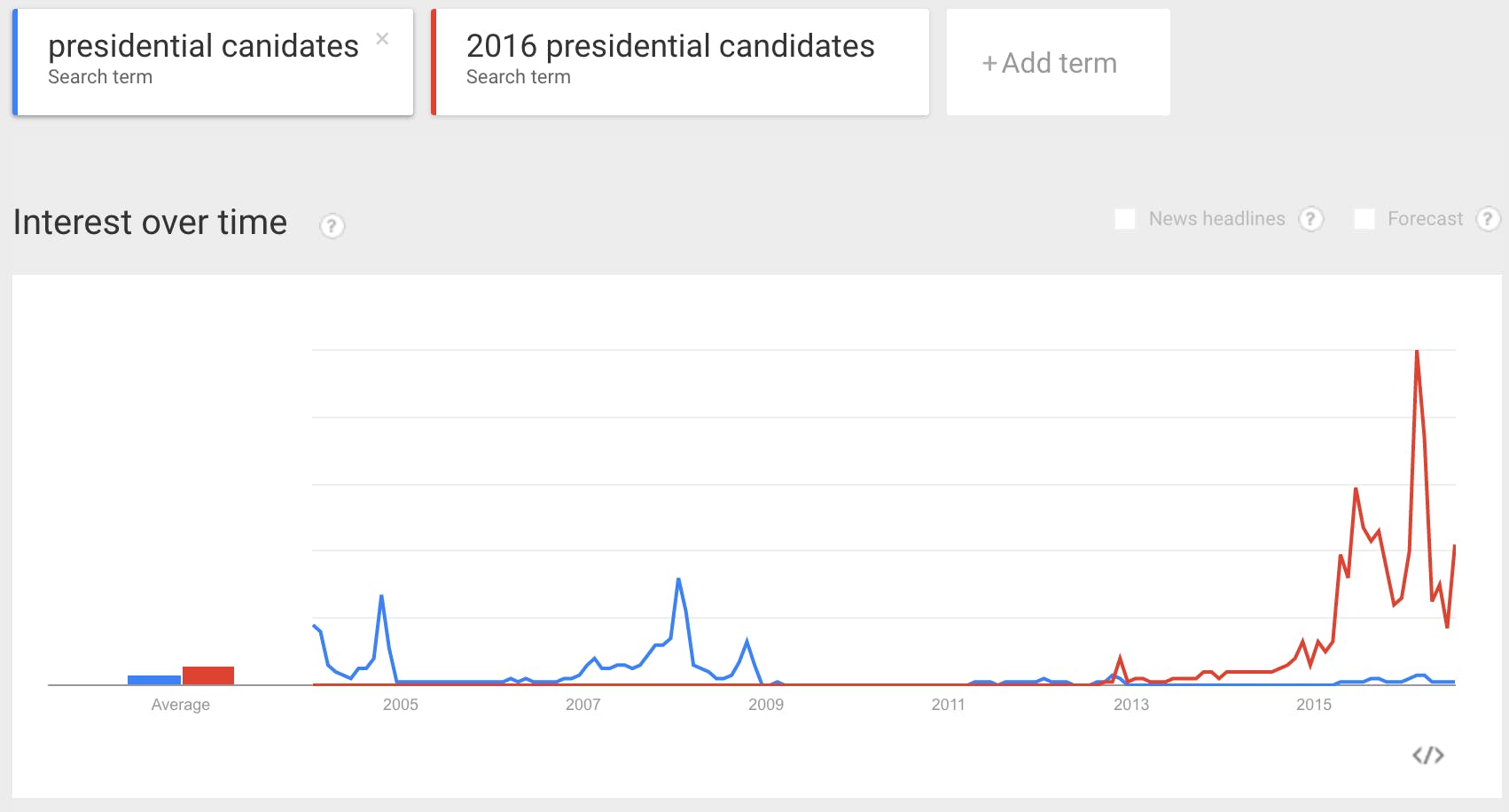 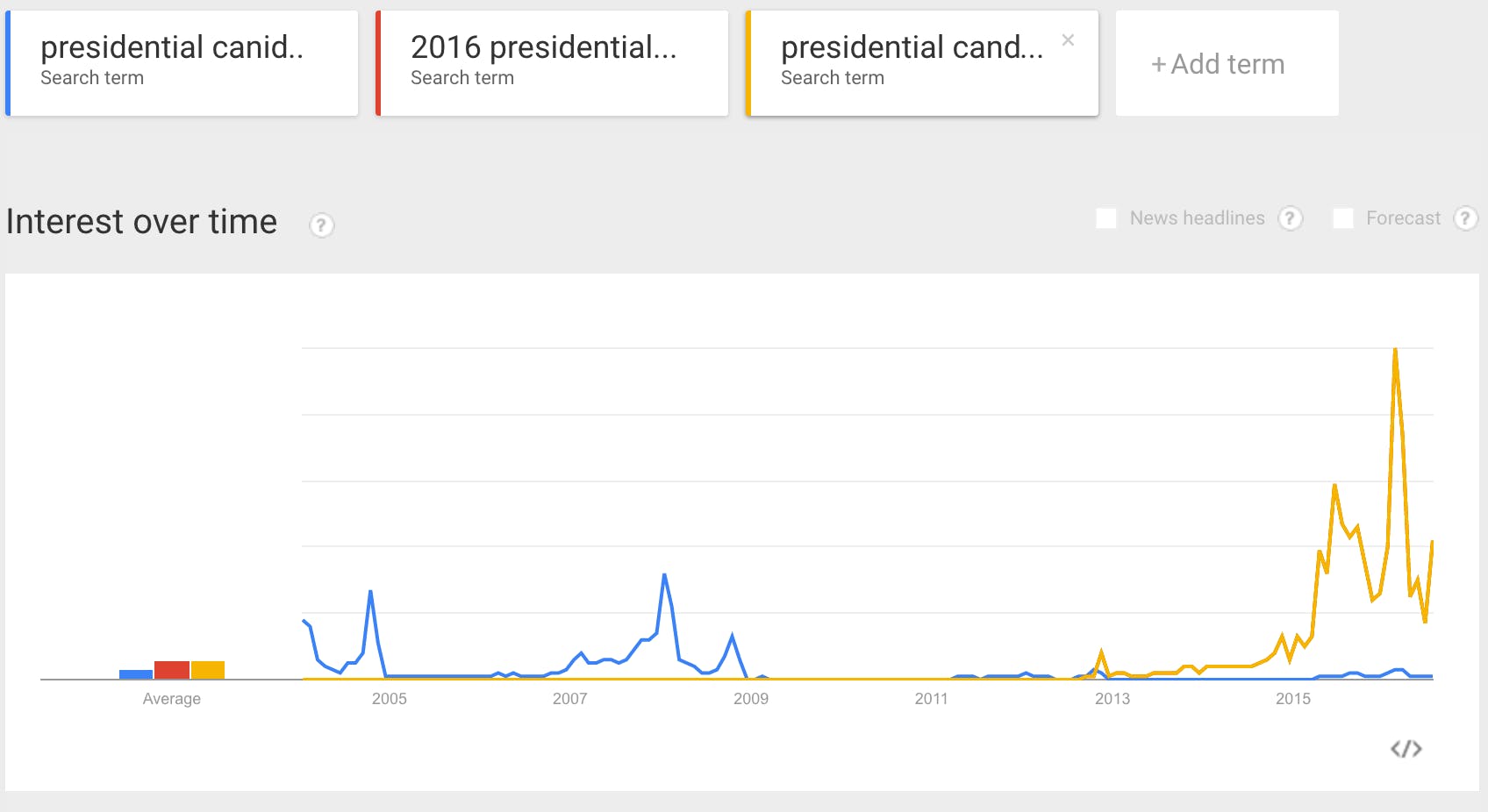 As you can see above, the “presidential candidates” term was last used on a wide scale in 2008, which is likely why the dedicated results box at the top of the Google search page is woefully outdated—Google likely just didn’t prioritize tweaking that feature to be fully accurate.

Google did not immediately respond to our request for further explanation of the search error, and we will update with any response we receive.

In the mean time, you can easily get around this problem by clicking the myriad of links to other sources that appear in the results for “presidential candidates”—resources made easily accessible by Google’s otherwise top-class search—or simply use a different search term. Or, if you prefer to don a tin foil hat, feel free to freak out.