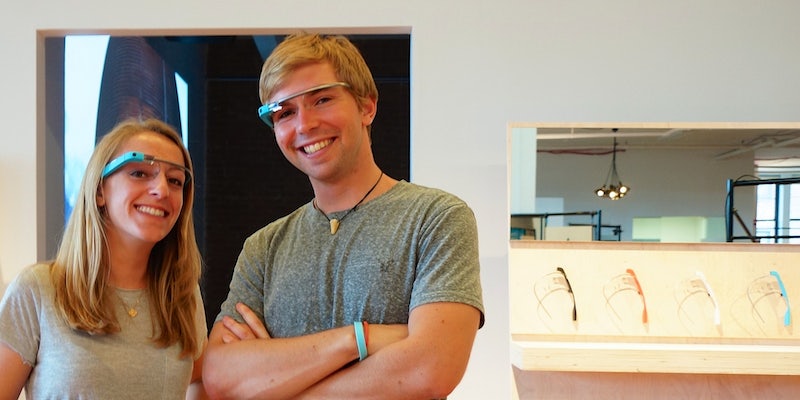 Google tells Glass users to quit being so creepy and rude

So-called Glass Explorers have been playing with Google’s futuristic wearable computer for a year now. That’s also how long it’s taken, incidentally, for the tech giant to identify some problematic behaviors associated with the device.

A weird new etiquette guide, apparently based on feedback from users, just popped up on the company website.

Never mind the MPAA’s freakout over supposed Google Glass piracy, or the concerted efforts of many states to ban the use of such hardware as dangerous or disruptive across a variety of contexts—what’s most pressing, it seems, is an unfortunate demographic of “Glassholes” who reflect very poorly on the product and the brand behind it.

How do Google and the Glass Explorers define a Glasshole? It’s not necessarily the guy “[s]tanding alone in the corner of a room staring at people while recording them through Glass”—that’s covered in the “Do Ask Permission” bullet point. A Glasshole, rather, is a person who is rude in a way that “will not get businesses excited about Glass and will ruin it for other Explorers,” getting “snappy” when others express curiosity about the strange eyewear.

Indeed, much of the guide reads more like an employee handbook for a street marketing army. Explorers are told to expect questions if they wear Glass out in public, in which case they should “[b]e polite and explain what Glass does and remember [that] a quick demo can go a long way.” At another point, Explorers are instructed to remain “patient” with those frustrating novices “and explain that Glass has a lot of the same features as a mobile phone.” (Still unsure how to answer the inevitable follow-up: “Then why do you need it?”)

There are some common-sense recommendations, too, that indicate just how socioculturally damaged Glass Explorers really are. “If you’re worried about someone interrupting that romantic dinner at a nice restaurant with a question about Glass, just take it off and put it around the back of your neck or in your bag,” we’re told. Oh yes, that romantic dinner where you had Google Glass on but decided it might cause the hoi polloi to swarm, so you decided to wear it as necklace instead. We’ve all been there.

The most depressing tip in the document, however, would be “Don’t Glass-out.” It makes sense to take a break from staring at screens a centimeter away from your pupils now and then, but get a load of their reasoning: “If you find yourself staring off into the prism for long periods of time you’re probably looking pretty weird to the people around you. So don’t read War and Peace on Glass. Things like that are better done on bigger screens.”

Thank you, Google, for reminding us how Tolstoy was always meant to be enjoyed: on a pricey tablet smeared with grease from when you played Candy Crush while eating grilled cheese.