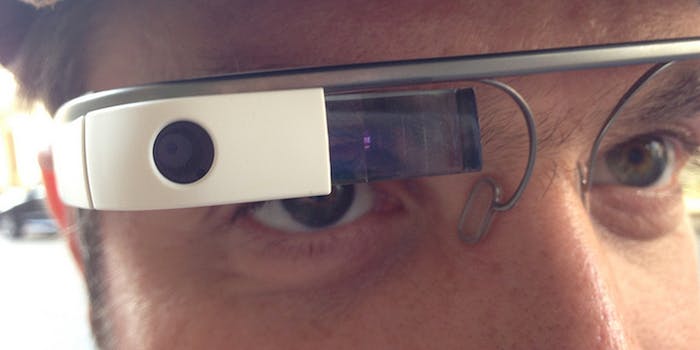 This angry Seattle diner is the reason the term ‘Glasshole’ exists

As more people try to assimilate Google Glass into their everyday lives, the results continue to be mixed.

As more people try to assimilate Google Glass into their everyday lives, the results continue to be mixed. Last week, a network engineer named Nick Starr walked into a new Seattle diner called Lost Lake Cafe for dinner with some friends. The server asked him to remove his device, because the owner’s other restaurant doesn’t allow Google Glass. They got into a dispute, and he eventually left.

On Nov. 22, Starr took to Facebook to vent about the experience and tell his side of the story, claiming there was no written policy against wearing Google Glass. He ends the post with this:

I would love an explanation, apology, clarification, and if the staff member was in the wrong and lost the owner money last night and also future income as well, that this income be deducted from her pay or her termination.

This isn’t the first time Google Glass has been banned in the tech-centric city. In October, David Meinert, owner of the 5 Point Cafe in Belltown, announced a pre-emptive ban on the eyewear. He’s also the co-owner of Lost Lake.

Since Google Glass is still in the early stages of use, and mostly worn by people in the tech community, this raises the question of privacy and accessibility, and what that means in relation to a public business. Google Glass can have practical uses. Should it also have limits?

In an interview with Forbes, Meinert discussed how there should be Glass etiquette:

If you walked in here with a video camera we’d ask you to stop. If you’re speaking too loudly on a cellphone we’d ask you to leave. That should be obvious. With Glass, there should be etiquette around its use, and we feel that in a setting like a café or bar they should just be taken off and not used.

Should someone lose their job over this? No way. Right or wrong, there’s no way we’d fire one of our employees for something like that. We’d much rather 86 an entitled-acting tech nerd.