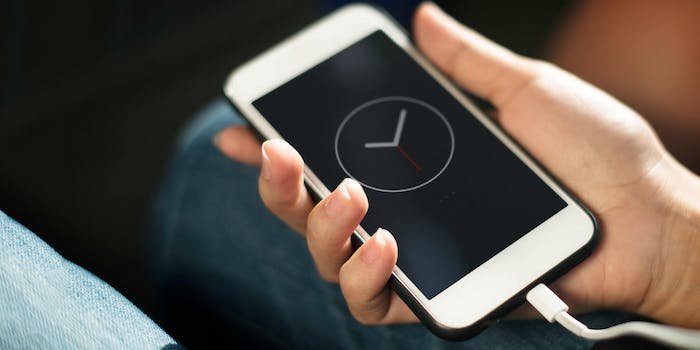 A husband and wife started a GoFundMe after having a hard time speaking with their family member who was on the verge of death.

A GoFundMe campaign is looking to raise money for cellphone chargers in order to help keep coronavirus patients in contact with their loved ones.

The campaign, which is hoping to raise $100,000, was started by Florida residents Jonathan and Maren Hefler, BuzzFeed News reports.

The idea came after Jonathan’s father, 77-year-old Stephen Hefler, was hospitalized due to COVID-19.

Jonathan and Maren, who live in San Diego, received a call from the hospital 48 hours later informing them that Stephen’s health was declining rapidly. The couple was told to call their father’s cellphone to say goodbye.

But by that point, Stephen’s cellphone had died. Luckily, a nurse offered up her own cellphone charger so the couple could contact Stephen.

“We don’t know if it was hearing our voice that night or telling him to fight on,” Jonathan told BuzzFeed News. “But all of a sudden he started turning around.”

Maren noted that her and Jonathan’s three children spoke to Stephen as well, which she believes “made a huge difference.”

“His eyes flutter and his heartbeat increases when they talk to him,” Maren said.

Jonathan and Marren realized that Stephen’s condition may have worsened had they not be able to contact him. The couple then began wondering how many patients across the country may be without a charged phone.

“Every American right now is sitting at home saying, there’s nothing I can do, but duck and cover and hope COVID goes away, but this is actually something everybody can do,” Jonathan said regarding his cellphone charger campaign. “We don’t have to wait for the government or the big corporations. If we just had enough people, we could solve this problem while they’re still trying to figure out how to make more ventilators and masks and protective equipment.”

The couple so far have been able to send close to 500 chargers to hospitals all over the country, including the one in Florida where Stephen is being treated.

The GoFundMe page has received over $25,500 in donations thus far.

As for Stephen, his situation continues to improve. Jonathan says he recently was able to squeeze a nurse’s hand and shake his head.