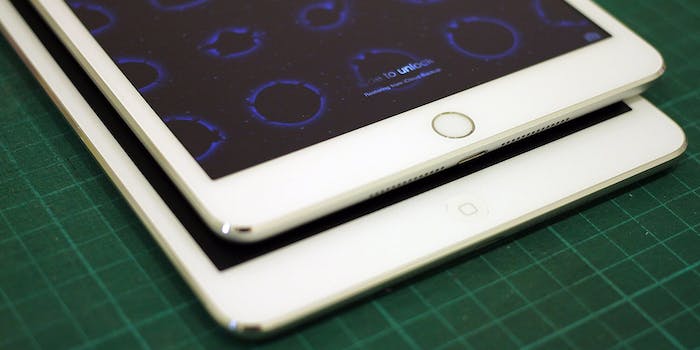 The doctor asked for donations via Facebook after hearing people were passing away without saying goodbye to their loved ones.

A doctor in New York City was able to obtain 650 tablets so coronavirus patients wouldn’t have to die alone.

Dr. Ee Tay, chief of the pediatric emergency room at Bellevue Hospital, says she came up with the idea after hearing from co-workers that some patients were passing away without being able to say goodbye to their loved ones.

As part of her birthday, Tay used social media to solicit help for the project and only initially sought 150 tablets.

Donations quickly poured in and before long Tay was able to acquire several hundred tablets not only for her hospital but for several others in the surrounding area.

The first 50 tablets were donated by friends who had seen Tay’s request on Facebook, while the other 600 came from the Bank of New York Mellon after a friend of Tay’s who works there heard about the project.

Speaking with PEOPLE, Tay said she hoped the tablets would not only aid patients in their recovery but also give those on their death bed a chance to say goodbye.

“To have that support, and know that your family is near and thinking of you, I think that’s really important for recovery,” Tay said. “And [to know] that you’re not alone or you’re not dying alone.”

Tay added that she chose tablets so patients could make video calls on a large screen, allowing them to clearly see their friends and families.

“Since you can’t have somebody physically being there, this is the next best thing,” Tay said. “Even though the patients can’t necessarily speak to the family members, the family members [can] perhaps bid them goodbye and [send] well wishes and words of comfort during that time.”

Tay hopes that others are inspired to take on similar projects in their own communities as well.

“I hope that when people read this, they’ll be able to take it back to their own cities and then really reach out to the hospitals in need, and perhaps start something like this, and really restore humanity during this time of crisis for their local hospitals,” Tay said.