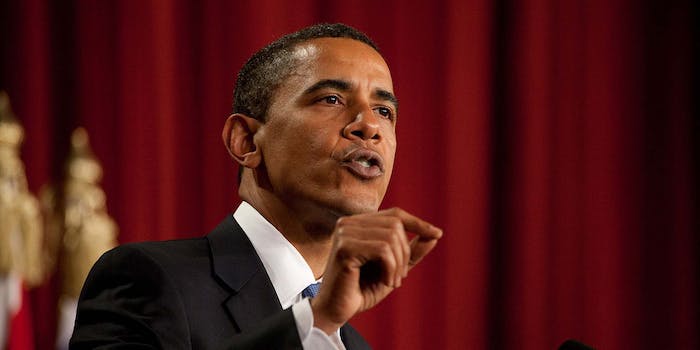 Somebody once said time heals all wounds. They were probably Republican.

According to a new poll, more Americans say they like former President George W. Bush than dislike him. That hasn’t happened in more than a decade. The results published by CNN on Wednesday show that 52 percent of adults view Bush favorably, while only 43 percent do not.

In contrast, President Barack Obama disapproval rating has climbed above 50 percent. In March, 53 percent of Americans thought things were going well; that number has now dropped to 47 percent, with 52 percent saying the country is doing badly. Bush remains unpopular among Democrats, liberals, non-whites, and anyone under the age of 35.

The economy remains the top issue for Americans overall, followed by education, terrorism, healthcare, and the federal budget. Immigration, the situation in Iraq and Syria, and the environment ranked lowest on the list.

The numbers shift quite a bit when you examine them by party, however. While concern over the economy remains at the top and is nearly equal, Republicans are far more worried about terrorism than Democrats. Education is one of the highest priorities for Democrats, but is the lowest-concerning issue among Republicans.

With regards to age, the young and the old split their priorities quite broadly, according to CNN. Only 16 percent of young adults under the age of 35 consider the economy the most pressing issue, while 33 percent say it’s education. Those over the age of 65 say terrorism and the economy are most important.

As for Obama, things don’t bode so well. Americans view him less favorably than any former president, with Bill Clinton and George H.W. Bush coming in as the most popular. Roughly 63 percent of Americans disapprove of Obama’s strategy for handling ISIS, including 34 percent of Democrats. When asked about Obama’s handling of surveillance matters, 67 percent disapprove, including 44 percent of his own party.

On the other hand, Hillary Clinton, who’s the top contender for Obama’s position in 2016, is also taking a bit of a dive, according to another CNN poll. In March, 49 percent of Americans felt she was not honest and trustworthy; that number had risen to 57 percent by the end of May.