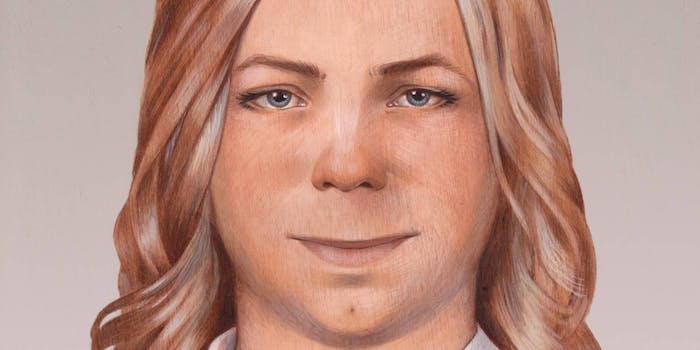 Manning announced her transition to female in 2013.

An Army doctor has refused to recommend that Chelsea Manning‘s legal documentation be changed to reflect her gender identity.

Manning’s ACLU lawyer disclosed the decision in a filing on Monday in U.S. District Court for the District of Columbia, but the document doesn’t reveal why the doctor, Ellen Galloway, wouldn’t change the gender marker in Manning’s Army service record. Manning will continue to be seen as a man in the prison system even though she identifies as a woman.

Manning is currently serving a 35-year sentence at Fort Leavenworth military prison for leaking classified documents revealing alleged rights abuses and war crimes. In 2014, she sued the United States government for the right to have gender affirming surgery while incarcerated. Though Secretary of Defense Chuck Hagel approved plans for her to begin the procedures necessary, Manning later released a statement revealing that no treatment had been provided. “Treatment is, as a matter of law, about medical necessity,” she wrote.

According to her lawyers, Manning has tried to take her own life behind bars twice.

Many activists and celebrities are using their platform to advocate for the release of Manning before the Trump administration is sworn in.