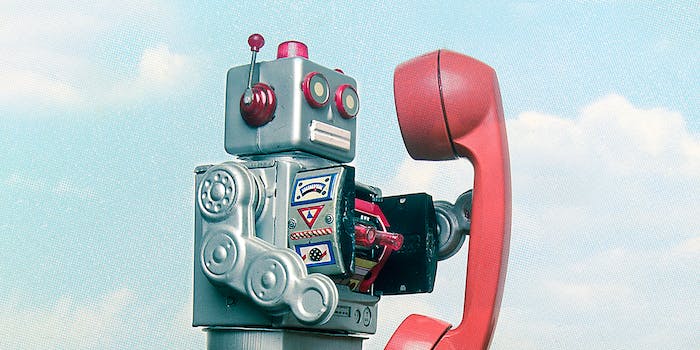 The FTC told Congress complaints were 'overwhelmingly' about robocalls.

The Federal Trade Commission (FTC) says it received more than 5 million complaints from people on the Do Not Call list over the last fiscal year, with people “overwhelmingly” complaining about robocalls.

In a report to Congress, the FTC said that imposter scams and warranty protection scams were the most common complaints they received in 2021, followed by calls about reducing debt and medical needs. The commission also said it received more than 18,000 COVID-19 related complaints.

The FTC told Congress that “spoofing” by illegal telemarketers—where a robocaller uses a fake caller ID to make it seem like the number is more recognizable to someone—caused complaints about robocalls to increase “significantly.”

For example, the commission said it received around 63,000 complaints about robocalls per month in the fourth quarter of 2009, when the FTC began tracking, compared to an average of more than 300,000 complaints per month over the first three quarters of the fiscal year 2021.

Both the FTC and the Federal Communications Commission (FCC) have been tackling robocalls in recent months.

In mid-December, the FTC launched a rulemaking that was aimed at cracking down on the impersonation of the government or businesses, scams that have seen a “sharp spike” during the coronavirus pandemic. The commission said people have lost $2 billion between October 2020 and September 2021.

Meanwhile, in late November, the commission said complaints about robocalls and telemarketing jumped from 4 million in 2020 to 5 million in 2021.

Earlier in the year, the FCC fined two Texas-based telemarketers $225 million who were using robocalls to falsely claim they were offering health insurance plans. The fine against the two telemarketers was the largest in the agency’s history.

The FCC also set a deadline in June of last year for voice providers to implement STIR/SHAKEN technology on their networks. The technology allows for companies to verify caller ID information and a caller’s phone number.