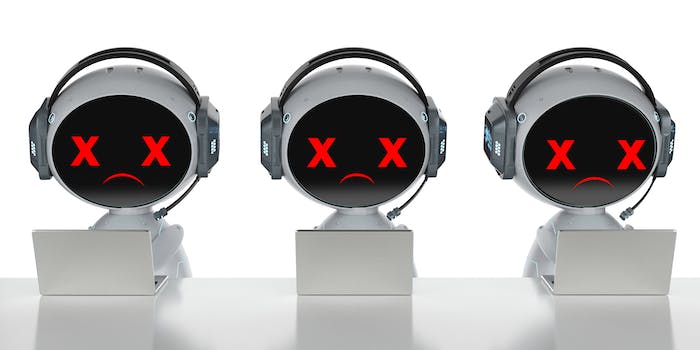 Today could be the beginning of the end of unwanted robocalls

The FCC set today as a deadline for providers to implement STIR/SHAKEN.

The Federal Communications Commission (FCC) has been aggressive recently in its fight against robocalls, and today marks another step toward stopping you from constantly being spammed.

The FCC set a deadline of today for voice providers to implement STIR/SHAKEN technology on the networks.

STIR/SHAKEN allows phone companies to verify caller ID information and a caller’s phone number. As the FCC describes it, STIR/SHAKEN requires that caller IDs be “signed” as legitimate by originating providers and validated by others before the call reaches consumers.

The aim of the technology is to reduce the number of spoofed calls. Spoofing is a technique where a robocaller uses a false caller ID to make it seem like the number is more recognizable to someone. If people see numbers that seem recognizable, they are more likely to pick up.

Earlier this year, the FCC told providers that they needed to certify that they were taking steps to reduce robocalls in the “Robocall Mitigation Database.” In that database, the providers are required to say whether they have fully implemented STIR/SHAKEN or “have instituted a robocall mitigation program to ensure that they are not originating illegal robocalls,” according to the FCC.

Many providers, including large companies like T-Mobile and AT&T, have implemented STIR/SHAKEN already. Smaller providers, those who have 100,000 subscribers or fewer, will have until June 30 of next year to implement STIR/SHAKEN.

Besides the STIR/SHAKEN deadline today, the FCC has made a number of moves to combat robocalls in recent months.

In March, the agency slapped two Texas-based telemarketers with a record-setting $225 million fine. Those telemarketers spoofed calls to falsely sell health insurance plans. Last month, the FCC also sent cease-and-desist letters to companies demanding that they stop illegal robocall campaigns from being carried out on their networks.

Meanwhile, the FCC announced that it had signed an agreement with its Australian counterpart to work together to fight robocalls. The agreement seeks for the two agencies to “work together to develop and coordinate a global approach to addressing unlawful robocalls or robotexts, and the unlawful use of inaccurate caller ID information or ‘spoofing.'”