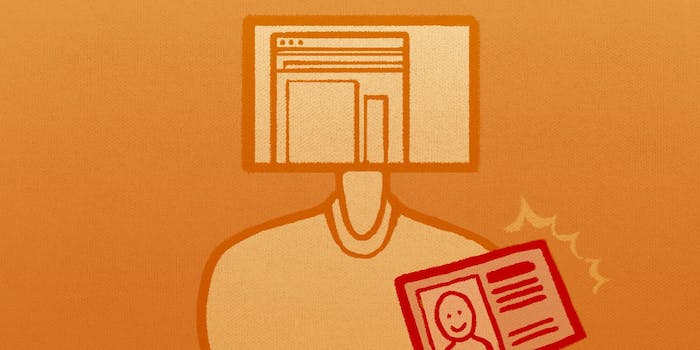 This could be bad news for all kinds of people.

In an effort to stop online piracy, a Florida state legislator is trying to force the owners of websites that sell music and videos to disclose their identities.

H.B. 271, the True Origin of Digital Goods Act, introduced by state Rep. Jeanette Nuñez (R), is supposed to prevent people who profit from stolen works from avoiding legal action by disguising their identities. It requires commercial Web operators to “post their true and correct name, address, and either a telephone number or email address.”

A legislative analysis by the Florida House of Representatives explains the rationale for the bill: “[B]ad actors are unlikely to disclosure the personal information required by this bill, and thus, this bill will allow owners of copyrighted works to indirectly protect their intellectual property.”

“A great many websites could be de-anonymized by this statute, whether they are hosted in Florida or not,” the EFF’s Mitch Stoltz wrote.

The bill’s definition of a commercial work is so broad, Stoltz said, that “a potentially vast number of people” could seek a court order forcing a website owner to disclose his or her identity, even if the website raised no substantive piracy concerns.

“The ability to speak anonymously is an important free speech right,” Stoltz wrote. “Forcing website owners to identify themselves violates the First Amendment when laws like this one are vague about which sites must comply.”

The bill is currently working its way through the Florida House after clearing the state’s Business & Professions Subcommittee.