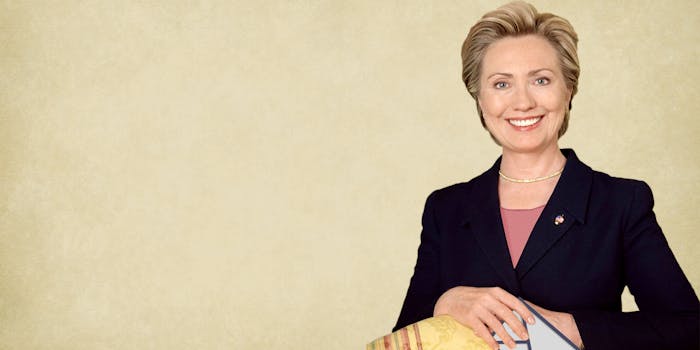 The email is about the holidays, but the subject line begs to differ.

The first email associated with former Secretary of State Hillary Clinton’s private email account has been released by the State Department.

The email, obtained by Vice, was sent from then-State Department spokesman Philip J. Crowley on Dec. 24, 2010, to Hillary Clinton. The email is largely redacted, and only includes a small greeting about the holidays. However, the subject line of the email, “WikiLeaks Update,” gives some clues to what could have been contained in the email.

“Madame Secretary, first of all, Merry Christmas. I trust you, the President and Chelsea will have a special holiday,” Crowley wrote. Clinton’s aides and other top State department officials were also sent the email.

The email was originally provided to journalist Alexa O’Brien, who has multiple Freedom of Information Act lawsuits pending against the State department and other government agencies.

The revelation raised concerns over the security of Clinton’s email and the inability for records requests to be successful, as Clinton did not use an official State Department email address.