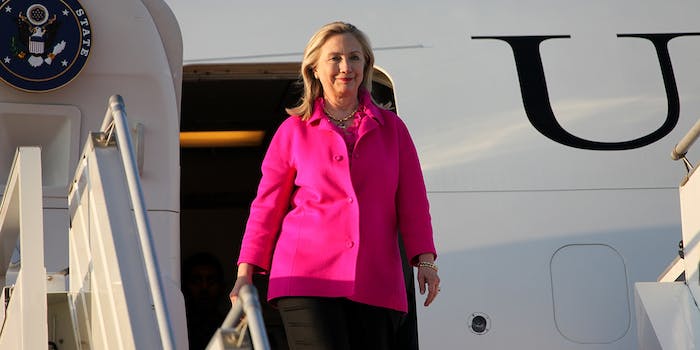 What do 2016 presidential candidates say about Ferguson?

It’s been three months since Mike Brown, an unarmed 18-year-old, was shot and killed in Ferguson, Mo. by police officer Darren Wilson. Since then, intense local protests erupted while criticism flared nationally, burning virtually everyone involved.

With the 2014 midterm elections behind us, the country’s political elite have now turned their attention to the impending 2016 presidential election. No one has yet formally declared their candidacy but there are quite a few politicians who are already clearly in campaign mode.

Much of the rest of the country, however, is still focused squarely on Ferguson. After three months of meetings, a St. Louis County grand jury is expected in the near future to deliver a decision on whether it will indict Wilson. Both police and protesters are preparing for a storm of controversy to follow that decision.

What do the most likely next leaders of the United States have to say about the still-escalated situation in Ferguson?

Senator Rand Paul (R-Ky.), who is quickly becoming a leading Republican presidential candidate, took a vocal role in the national conversation even as protests still raged in Ferguson.

Five days after Brown’s death, Paul wrote a Time magazine opinion piece titled “We Must Demilitarize the Police” in which he described a “systemic problem with today’s law enforcement” that he blamed on big government.

Paul joined a variety of leading Democrats, such as Sen. Elizabeth Warren (D-Mass.), who said Ferguson looked like a “war zone,” and Sen. Claire McCaskill (D-Mo.) in calling for demilitarization.

Pointing to “the racial disparities in our criminal justice system,” Paul wrote, “it is almost impossible for many Americans not to feel like their government is targeting them.”

Paul followed up with an October visit to Ferguson to meet with community and civil rights leaders. He went further this time, criticizing lengthy prison sentences for nonviolent offenders and the loss of voting rights for felons, a law than disenfranchises millions of Americans.

“I wanted to find out what we could do to make the situation better,” the Kentucky junior Senator said.

Paul, who is widely expected to announce his candidacy in early 2015, keenly used Ferguson to broaden his appeal and introduce his brand of libertarianism to a wider audience by targeting some of his favorite punching bags, like government spending, federal overreach, the war on drugs, and racial injustice.

Former Secretary of State Hillary Clinton (D) took almost three weeks to speak out on Ferguson, a delay that brought her criticism from liberals who wanted to hear their party’s most hyped candidate weigh in on a major civil-rights clash in Missouri.

Once she finally did speak out, however, her comments were welcomed by her party’s base.

“Nobody wants our streets to look like a war zone,” she said. “Not in America. We are better than that.”

The community leaders who led peaceful protests showed “our country’s true character,” Clinton explained, as well as in the “young people who insisted on having their voices heard and in the many decent and respectful law enforcement officers who showed what quality law enforcement looks like.”

She said the country needs police to inspire more trust and less fear, pointing to racial inequities in the justice system, “inequities that undermine our most deeply held values of equality and fairness.”

Most boldly of all, she voiced the daunting and specific realities that black America faces today.

“Imagine what we would feel and what we would do if white drivers were three times as likely to be searched by police during a traffic stop instead of the other way around,” she said. “If white offenders received prison sentences 10 percent longer than black offenders for the same crimes. If a third of all white men—just look at this room and take a third—went to prison during their lifetime. Imagine that. That is the reality in the lives of so many of our fellow Americans in so many of the communities in which they live.”

Clinton and Paul, two of the leading potential candidates for 2016, have issued two of the strongest statements from Washington on the controversy so far.

In a short post on Facebook published a few hours earlier than Paul’s Time article, Cruz called the situation “tragic” and called for an end to “violence” and “unrest.”

“Reporters should never be detained—a free press is too important—simply for doing their jobs,” Cruz wrote. “Civil liberties must be protected, but violence is not the answer.”

Other than a short and careful statement, Cruz has been far quieter than his chief Republican rival on Ferguson. Cruz supporters say Paul jumped headfirst into the issue prematurely, before the facts came out.

Republican Louisiana Governor Bobby Jindal looked like a leading GOP candidate in 2009. His national prominence faded, but he’s since sauntered back into the picture with an eye toward 2016.

While he’s spent considerable time talking about the issues of education and immigration, he’s been dead silent on Ferguson and the issues in its direct orbit: Racial inequality and police violence.

Jindal, who isn’t terribly popular in his home state, has traveled around the country and seems intent on making a 2016 campaign reality.

“When you see the kind of force that’s been used in Ferguson, it really does make it appear that the police department there is an occupying army in a hostile territory and that is absolutely not what we want to see in the U.S,” he said.

Sanders, however, went further than any other potential 2016 candidate.

The only self-described Socialist in U.S. Senate history introduced the Employ Young Americans Now Act to the Senate, which sought to address 35-percent African-American-youth unemployment by redirecting resources from militarizing police to giving $5.5 billion to local and state governments, so that they can hire 1 million young Americans and give job training to hundreds of thousands more.

The bill is expected to go nowhere in congress.

Initially criticized for his silence on the issue, Christie told New Jersey Public Radio that he refused to “get into this business of generalizing against law enforcement officers. It’s not right.”

“Whatever happened in Ferguson, we have a justice system in this country that will be able to make that judgement and if there are people who need to be held accountable I’m confident they will be,” he explained.

Christie received further criticism because he was fundraising with celebrities while the Ferguson protests intensified.