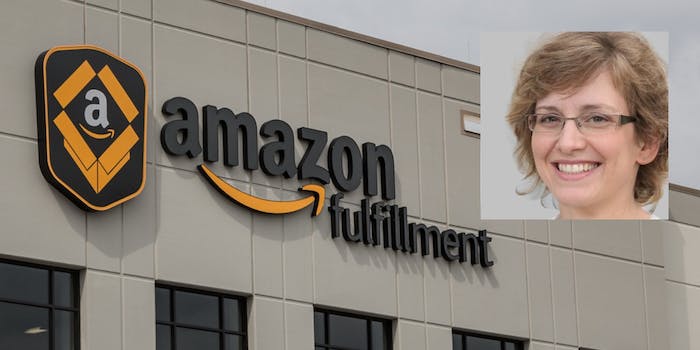 The account's profile photo appears to have been generated with artificial intelligence.

A self-proclaimed Amazon employee sharing anti-unionization posts on Twitter is raising eyebrows over claims that the account could actually be fake.

The account in question, @AmazonFCDarla, first appeared on Friday and immediately began defending the online retailer.

But many quickly noticed inconsistencies in the alleged Amazon employee’s profile photo. Specifically, a pair of glasses being worn by the user appeared artificially-generated.

When confronted on the issue, the account claimed that the glasses had in fact been added with an app. The admission was later deleted.

As reported by Gizmodo, the image on the account appears to have been made with “Generated Photos,” a service that uses artificial intelligence to create images of faces.

Gizmodo was even able to create an image that looked incredibly similar to the one used by the @AmazonFCDarla account.

So who is to blame for the account? For starters, Amazon does run a program where employees at fulfillment centers are compensated for defending the company online.

A 2019 report from Bellingcat claimed that employees who enrolled could receive one day of paid vacation as well as a $50 Amazon gift card.

But does that means Amazon is behind this particular account? Amazon has thus far not responded to inquires about @AmazonFCDarla. Many experts, however, believe the account is actually being run by a troll.

In one tweet, for example, @AmazonFCDarla pushed back against the necessity of lunch breaks.

“A lunch break is great if there’s time for it but people shouldn’t come to expect them,” the account wrote. “It’s a courtesy from management imho.”

Either way, it remains unclear who exactly is behind the account and whether they have any affiliation with Amazon.