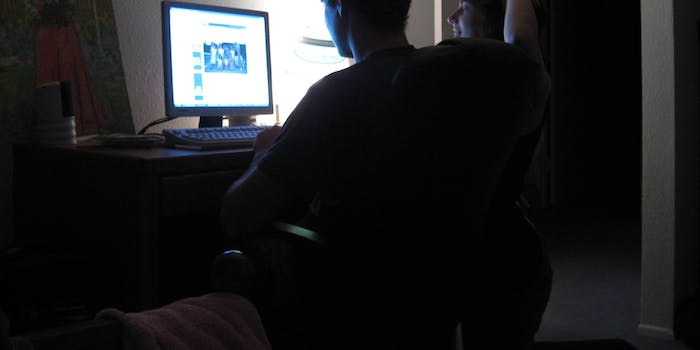 Will this be enough to make a real difference?

On Wednesday, Facebook announced that it will be releasing new and improved tools to aid in suicide prevention, providing users with more resources not only for troubled users but for those reporting them.

We’ve witnessed far too many stories that start with a Facebook threat and end in self-harm. While Facebook isn’t the only place on the Internet that people use as a digital suicide note, it’s arguably the largest. And its News Feed algorithm means that before such posts are reported, the volume of concerned comments they receive could send them shooting to the top.

This viewer’s dilemma—Is this post a joke? A hack? Is someone just looking for attention?—and the subsequent guilt of inaction can be dramatic. It sounds like Facebook is trying to address these problems with its latest update.

The site will now let users report troubling posts by their friends, triggering a review process by a Facebook safety team member.

“We have significantly expanded the support and resources that are available to [users] the next time they log on to Facebook after we review a report of something they’ve posted,” Facebook said in a post. “Besides encouraging them to connect with a mental health expert at the National Suicide Prevention Lifeline, we now also give them the option of reaching out to a friend, and provide tips and advice on how they can work through these feelings.” 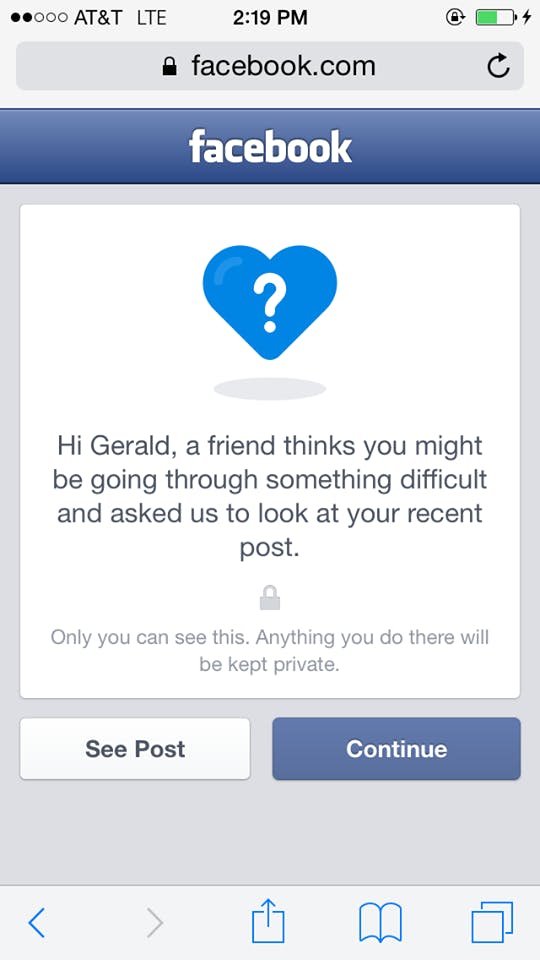 Seeing someone update their status with a post about harming themselves is a little like driving home from work and seeing a friend or acquaintance standing on the edge of the bridge. You have to make a lot of quick decisions about how you respond, and it’s a terrifying, troubling process for everyone involved. And it appears Facebook realizes this.

For all its empathy, it’s worth mentioning that Facebook isn’t just acting out of the kindness of its metaphorical heart here.

For every story about a suicidal user who was helped by Facebook friends and the site, there are 10 who were cyberbullied there or elsewhere on the Internet. It’s not as if the social Web created intense harassment, but it did make it a lot harder to hide from and a lot easier to get away with. The onus is absolutely on platforms to take action and do whatever they can to address this problem and provide resources.

Facebook has been relatively proactive here, whereas Twitter remains cagey about its plans to address its very serious harassment problem. It seems like Twitter keeps getting kudos for simply acknowledging there’s something wrong, as if that’s a good baby step. Clearly, though, praising a site for admitting the issue is not even close to enough anymore.

Photo via John.E.Robertson/Flickr (CC BY 2.0)