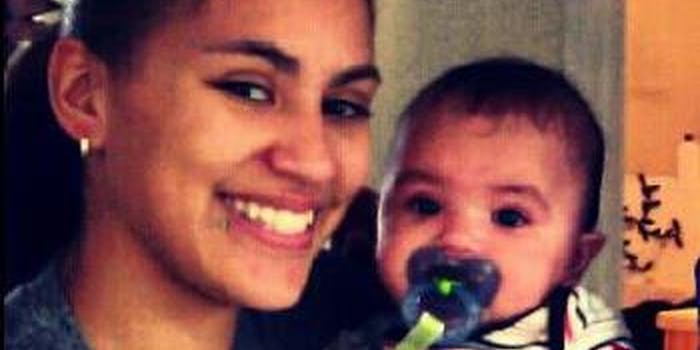 Melanie Reyes and her 6-month-old son Jonah Mendoza were taken to the hospital after being found with gunshot wounds.

After announcing it on Facebook, a Florida woman tried and failed to commit suicide after having shot and killed her 6-month-old son.

Melanie Reyes, 20, and her son Jonah Mendoza were taken to the Ocala Regional Medical Center last Friday morning after deputies of the Marion County Sheriff’s Office found the two with gunshot wounds. Reyes is currently in critical condition but is expected to survive. Her infant son, however, was pronounced dead shortly after 1pm.

Authorities paid a visit to Reyes’s place of residence—where she was living with her mother and stepfather— after family members alerted them of comments made via Facebook. There are conflicting reports as to who exactly alerted the Marion County Sheriff’s Office.

The Gainsville Sun is reporting that Reyes’s biological father and stepmother, who live in a different state, had placed the initial call.

A spokesman for the authorities, however, claims that it was Jordan A. Mendoza, Jonah’s father, who made the call.

“It is their understanding that the baby’s father and grandmother both saw this posting on Facebook and so one or both of them called and that is why we responded here,” Marion County Sheriff Office spokeswoman Jenifer Lowe stated.

Melanie Reyes’s Facebook page, which prominently features pictures of Jonah, is still active but the murder/suicide note has been deleted.

Prior to the Friday’s tragic events, Reyes and Mendoza were engaged in a contentious custody dispute over Jonah.

“I no longer want to live in this state nor country and I can’t make a better life for me and my son because of Jordan,” Reyes wrote in a September 2012 letter to the court. “I need to (sic) and rather get out of this state to stay away from him.”

In December 2011, Facebook partnered with the National Suicide Prevention Lifeline to allow users to have confidential chats with crisis workers. The service relies on Facebook users to report comments through the “Report Suicidal Content” link.