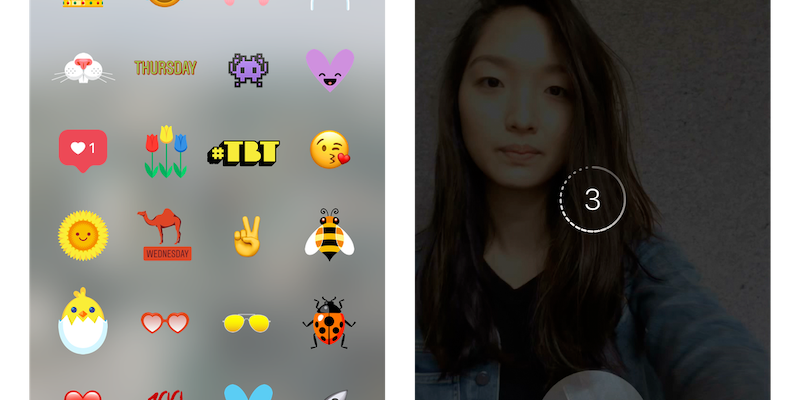 Instagram is winning at its favorite sneaky game yet again—cloning Snapchat’s Story features verbatim and making them way more popular in a very short period of time.

Instagram is also unveiling several new features already in Snapchat’s repertoire, like a Geostickers feature that lets you update your location with stickers customized for each place. There’s also a new selfie sticker addition that turns your face into its own emoji of sorts that can be copied and pasted onto photos and videos.

Facebook also recently hopped on the trend, adding a Stories feature to its iOS and Android apps as well as a Facebook Day feature to the Facebook Messenger app. Messaging app WhatsApp followed suit with a temporary “Status” update that functions just like a Snapchat Story.

This is impressive growth for Instagram at a time when Snapchat is trying to increase its user base despite a decline in stock value. And Facebook, Instagram’s parent company, is smart to tap into the appeal of content that’s only viewable for 24 hours at a time. The longtime draw of Snapchat, after all, is ephemeral “disappearing” content that encourages users to share more frequently and with much more unfiltered expression.

Instagram may not be the best when it comes to originality, but that doesn’t mean its user footprint is likely to drop anytime soon. Besides, it doesn’t matter who copies who as long as the internet swoops in to post every mundane aspect of its day to every new “story” platform possible.