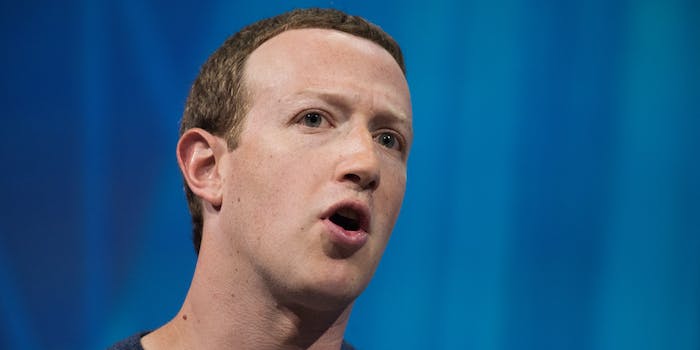 It is the latest issue the social media giant has had with researchers studying misinformation.

Facebook gave researchers looking into how misinformation spreads on the platform flawed data, according to a new report.

Over the past two years, several studies have been published that used data Facebook provided. However, while the social media giant said the data included interactions on the platform of all U.S. users, it actually only contained data on half of U.S. users, the New York Times reports.

Facebook apologized to researchers last week, according to the Times, and a spokesperson for the company told the newspaper that the flawed data was a result of a technical error.

Cody Buntain, an assistant professor and social media researcher at the New Jersey Institute of Technology who was part of the group of researchers who were given the data, told the Times that Facebook’s flawed data “undermines trust researchers may have” in the social media giant.

This is the latest issue the company has had with researchers studying misinformation.

In August, Facebook banned a group of academics from New York University who researched political ads and misinformation. The company banned the accounts, apps, and pages related to the NYU Ad Observatory.

The group had created a browser plug-in called Ad Observer that collected data on the political ads users see. But Facebook insisted that the NYU Ad Observatory’s project violated their terms of service, specifically bulk collection of user data.

Facebook’s decision to ban the academics drew immediate criticism. The Federal Trade Commission (FTC) pushed back at Facebook’s claim that banning the academics was to “protect people’s privacy in line with our privacy program” stemming from a consent decree from the agency. After the FTC’s pushback over Facebook’s characterization of the consent decree, the social media giant walked back from its assertion.

Meanwhile, a group of Democratic senators asked Facebook to answer several questions about its decision to ban the NYU Ad Observatory researchers.