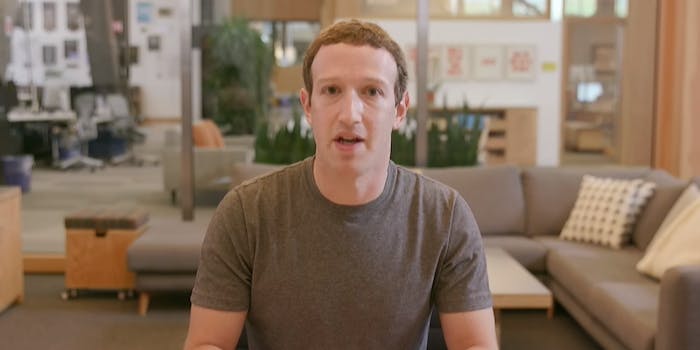 The announcement was buried in Facebook's earnings report.

In the fine print of Facebook’s impressive third-quarter earnings report are two crucial statistics that tell the real story behind the social network’s massive user base.

Ten percent of Facebook’s 2.06 billion monthly users are duplicate accounts. That number is up from 6 percent the social giant previously reported. Even more concerning is the increase in fake, or “user-misclassified and undesirable” accounts, from 1 percent in July to 2 to 3 percent. Add those values up and nearly 270 million active Facebook accounts are either copies or clones, which is almost the entire population of the United States.

Facebook claims the changes to those statistics aren’t due to a rapid increase in fake or duplicate accounts but rather the result of more accurate reporting, what the company described as “a new methodology for duplicate accounts that included improvements to the data signals we rely on.” Some of the duplicate accounts could be generated by users but it’s likely many of them are bot accounts used to spam.

The updated numbers came on the same day Facebook testified in front of Congress about how Russian “trolls farms” exploited its platform to cause friction among Americans during the 2016 presidential election. In September, Facebook admitted to selling $100,000 in ads to the Internet Research Agency, a Russian firm known for pushing pro-Kremlin propaganda. After further investigation, Facebook estimated 126 million users were exposed to ads created by the Russian firm.

Mark Zuckerberg warned investors on Wednesday that an increase in spending for security would impact the company’s profitability, “I am dead serious about this,” he said. Facebook also plans to add 10,000 more employees by the end of 2018 to fortify its safety and security efforts.