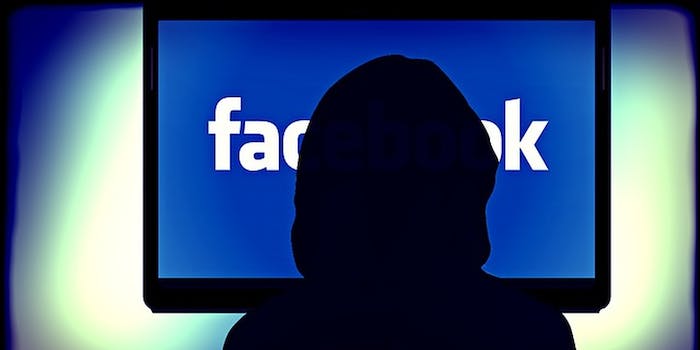 Your Facebook profile can tell your boss how well you work

So you should probably set it to private.

When a company is in the process of hiring a new employee, there’s a standard set of things it typically does—follow up with references, check the cover letter for obvious typos, and do some basic due diligence to ensure all of the companies listed on the candidate’s resume actually exist. A recent study conducted by researchers at Old Dominion University advises adding another task to that checklist: stalking the hopeful employees on Facebook.

As it turns out, your social media profile knows more about you than you know about yourself.

The study, “Incremental Validity of Social Media Ratings to Predict Job Performance,” looked at 146 undergraduate students who were employed outside the university they attended. Each student took an online personality test and agreed to have their social media profiles examined by a team of observers who rated them on a whole suite of characteristics ranging from agreeableness to neuroticism.

Those metrics were then viewed against ratings of each student’s performance at work. Study authors Katelyn Cavanaugh and Richard Landers discovered that not only are the personality traits inferred from someone’s Facebook profile a significant predictor of their job performance, but these correlations are stronger than those between the results of the self-reported personality test and job performance.

These ratings weren’t just a strong predictor of job performance. Judgments of social media profiles also had a stronger correlation with a student’s grades than did their self-reported personality tests.

The study’s authors speculate social media footprints have an advantage over personality tests because they often contain records of behavior stretching back years and are a relatively uncontrolled environment compared to a one-time personality test.

The results of this study may not come as an enormous shock to a lot of employers, many of whom have been snooping on the profiles of job applicants for years. A 2009 study revealed that 45 percent of employers admit to using social media to assess job applicants and 35 reported that the information contained in those profiles has caused them to avoid giving offers to some candidates.

Even so, using social media as tool to evaluate potential hires can be highly problematic. A study published late last year in the Journal of Management asked professional recruiters to evaluate the social media profiles of a college students who were applying for full-time jobs after graduation. This study failed to find a correlation between the recruiters’ ratings and later job performance based on follow-up interviews conducted months later with the now former students’ supervisors.

It also found that people who ?had traditionally non-White names and/or who were clearly non-White” tended to receive low ratings. “Our results suggest that Blacks and Hispanics might be adversely impacted by use of Facebook ratings,” study author Philip Roth told Forbes. (The equally disturbing possibility here is that we’d see the same thing when those recruiters interviewed those people in person.)

Another danger of basing hiring decisions on social media is that looking at someone’s Facebook profile could given an employer a piece of information that could leave them open to a lawsuit. For example, if a hiring manager sneaks a peek at a candidate’s profile and learns he’s gay or holds a specific set of religious beliefs, then doesn’t offer the candidate the job, the candidate could sue for discrimination on the basis of religion or sexual orientation.

Since many people set their profiles to private, it can be difficult for employers to directly access the information. As a result, some companies have begun forcing candidates to turn over their passwords so hiring managers can access their accounts. A dozen states, stretching from California to Delaware, have passed legislation outlawing the practice; however, efforts to impose a similar ban nationally have stalled due to GOP opposition.