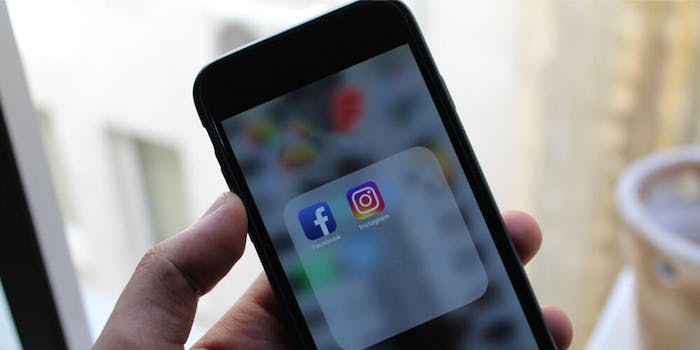 Facebook is apparently trying to cash in on the popularity of its own app Instagram by copying one of its features, TechCrunch reports.

The experimental feature, known as Popular Photos, allows users to endlessly scroll through pictures from their friends generated by a Facebook algorithm.

The Popular Photos feature is designed to activate once a user has selected to view a photo in full screen. A user can then simply scroll through pictures as opposed to posts and status updates on their feed. Currently, if a user selects a photo and attempts to scroll, they are simply exited from full screen view.

“Facebook’s text and link-heavy feed looks increasingly stodgy and exhausting compared to visual communication-based social networks like Instagram, Snapchat, and TikTok,” TechCrunch’s Josh Constine writes. “Users have to do the work of digging into the meaning of News Feed each post rather than being instantly entertained.”

Facebook confirmed to TechCrunch that it had in fact tested Popular Photos for a short duration in October. The social media site plans to carry out additional tests in the near future.

This is far from the first time Facebook has taken features from Instagram, which, despite Facebook owning it, has proven to be increasingly popular among younger users.

But Facebook doesn’t just copy its own apps in an attempt to stay relevant. The social media site is also watching the widely-popular TikTok app as well. Instagram is currently testing a TikTok clone with a feature known as Reels.