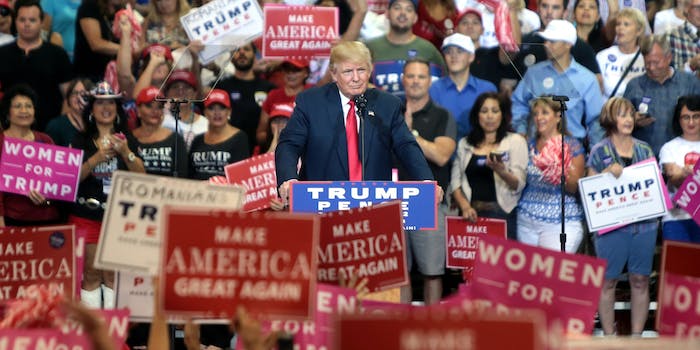 A top Trump official reached out to an Israeli company in 2016 to gain information on online manipulation, according to documents obtained by the New York Times. Campaign official Rick Gates reportedly requested information on how to create fake online personas, engage in social media manipulation, and gather information online to help Trump defeat his Republican primary opponents and eventually, Democratic candidate Hillary Clinton.

“The work began as Russians were escalating their effort to aid Donald J. Trump,” the Times reported Tuesday. “Though the Israeli company’s pitches were narrower than Moscow’s interference campaign and appear unconnected, the documents show that a senior Trump aide saw the promise of a disruption effort to swing voters in Mr. Trump’s favor.”

The Israeli company, Psy-Group, reportedly laid out several different plans for the Trump campaign in order to increase division in rival campaigns, including increasing Trump’s support at the 2016 Republican National Convention by using fake online identities. The plans included numerous codenames, jargon, and password-protected documents. Trump was nicknamed “Lion,” for example, while Clinton was referred to as “Forest,” according to the documents. Pay-Group has ties to Russian financiers.

The Trump campaign’s involvement with Psy-Group was discovered by investigators working for Robert Mueller. This special counsel is investigating Russia’s role in the 2016 election and whether the Trump campaign colluded in those efforts.

Gates, along with Paul Manafort, were indicted for tax evasion and financial fraud last fall.

According to the Times, it’s not yet clear whether Psy-Group’s proposals would have violated U.S. regulations about foreign involvement in our elections. The company did hire a law firm to conduct a legal review of the plans, but the conclusions of that review aren’t yet known.