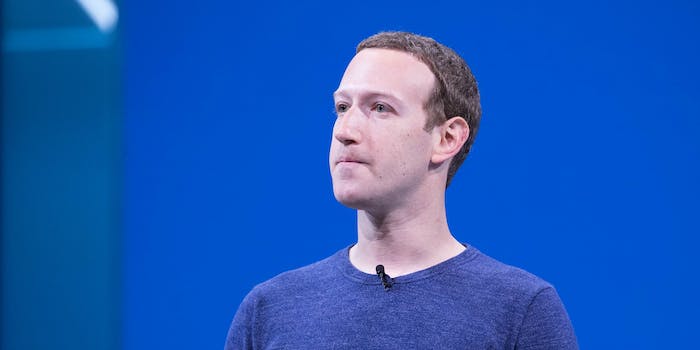 The company also was criticized for bias against certain races and religions.

Facebook’s blacklist of dangerous individuals and groups was published for the first time today. The list, which was obtained by the Intercept, has long been a closely guarded secret, even as its own oversight board urged Facebook to release it. The Intercept also published internal policy documents moderators use when determining how and whether to publish alleged violations.

The list of more than 4,000 dangerous individuals and groups (DIO list) is giving rise to accusations that the company is biased against certain ethnicities and religions. Critics also claim the list demonstrates that Facebook gives preferential treatment to far-right groups.

These accusations are based on how the DIO list is organized. Each of its three tier represents a different level of enforcement, with tier one representing the strictest and tier three the most permissive.

Tier one is made up of alleged terrorist and criminal groups. More than half of those listed as terrorists are South Asian and Middle Eastern; the purported criminal groups and individuals are heavily Black and Latin. The top tier also includes 250 white supremacist organizations, the Intercept notes. Of the more than 1,000 terrorist groups listed, only a few dozen are white or European, the news outlet reports.

Meanwhile, hundreds of predominantly white far-right militias are in the third tier.

Sarah Emmons, Florida regional director of the Anti-Defamation League (ADL), told the Daily Dot in an emailed statement that the list and associated reporting validates longstanding criticisms that Facebook is biased in favor of far-right groups.

“At ADL, we have long pointed out that Facebook not only seemingly ignores, but algorithmically amplifies white supremacist, extremist groups and content,” Emmons said. “Our research has been bolstered by recent whistleblower documents and testimony.”

“If the Intercept reporting is true, it should come as no surprise that Facebook would place such a low priority on white nationalism proliferating on their platform given the company’s bottom line benefits from it,” Emmons added.

Zev Shalev, the host of Narativ Live with Zev Shalev, tweeted that the list “exposes Facebook’s editorial bias against some races and religions.”

Facebook strenuously denies these accusations, the Intercept reports, claiming that the groupings are based on behavior.

“Where American groups satisfy our definition of a terrorist group, they are designated as terrorist organizations (e.g. The Base, Atomwaffen Division, National Socialist Order),” the company reportedly said.

“Where they satisfy our definition of hate groups, they are designated as hate organizations (for example, Proud Boys, Rise Above Movement, Patriot Front).”

Facebook also classified its regulation of militia movements as “the strongest in the industry.”

“It’s worth noting that our approach to white supremacist hate groups and terrorist organization is far more aggressive than any government’s,” it purportedly said.

According to the Intercept, much of the list of terrorist groups was taken directly from the United States government. The DIO list also reportedly includes input from private entities that compile lists of purported violent extremists and terrorists.

Facebook maintains a zero-tolerance policy for certain groups and individuals and a more nuanced approach for others. Its policies prohibit any form of praise or support of those in the tier one. Users can praise nonviolent activities of those in tier two, and are allowed essentially unfettered discussion of those in the third, the Intercept notes.

Due to this distinction, people who support far-right American groups, including some that are notoriously violent and/or stand accused of organizing and participating in the Capitol riot, have carte blanche to praise them and spread their ideology.

Ángel Díaz, of UCLA School of Law, told the Intercept the tiers “do seem to be created in response to more powerful organizations and ethnic groups breaking the rules pretty regularly and [Facebook] feeling that there needs to be a response, but they didn’t want the response to be as broad as it was for the terrorism portion, so they created a subcategory to limit the impact on discourse from politically powerful groups.”

“Unlike some other definitions of terrorism, our definition is agnostic to religion, region, political outlook, or ideology,” it told the Intercept.

You can read all of the Intercept’s report here.