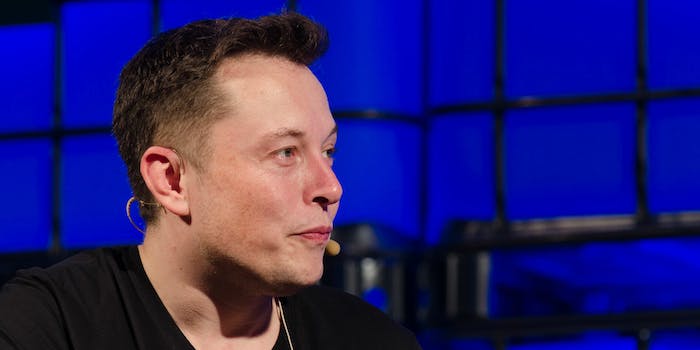 It’s been a weird few months for Tesla CEO Elon Musk, no small amount of it due to his own doing. Now, it’s taken a financial dilemma to instill some sense in the prolifically flamboyant and crass businessman. After more than two weeks of panic from financial investors, Musk released an uncharacteristically composed blog on Friday night detailing his decision to keep Tesla a publicly traded company.

In his blog, Musk said that his decision to walk back the possibility of going private came after discussions with shareholders and various banks, including Goldman Sachs, Morgan Stanley, and Silver Lake.

“Given the feedback I’ve received, it’s apparent that most of Tesla’s existing shareholders believe we are better off as a public company,” Musk wrote. “Additionally, a number of institutional shareholders have explained that they have internal compliance issues that limit how much they can invest in a private company. There is also no proven path for most retail investors to own shares if we were private. Although the majority of shareholders I spoke to said they would remain with Tesla if we went private, the sentiment, in a nutshell, was ‘please don’t do this.’”

Musk added that his “belief that there is more than enough funding to take Tesla private was reinforced during this process.”

A separate group of independent board members released an accompanying statement that said, “We fully support Elon as he continues to lead the company moving forward.”

On August 7, Musk gave Tesla’s investors concern when he tweeted out that he was considering taking the company private at $420 [per share]. Tesla’s stock value quickly spiked up to $379 per share, but now it sits at $322 at publishing time just two weeks later.

That dip in stock value might have something to do with an emotionally charged profile of Musk the New York Times released, where the Tesla CEO detailed the heavy emotional and mental toll operating the company has taken on him, calling the last year the “most difficult and painful year of my career.”

Prior to all this, Musk was heavily criticized for his tweets about a British diver who helped locate the trapped Thai soccer team. After the diver criticized Musk’s attempts to build a submarine (that professionals said wouldn’t have helped much), Musk responded by calling the diver a slang term for pedophile.