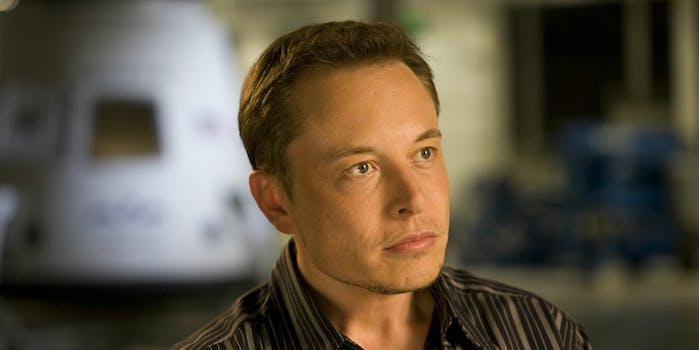 What the heck going on with Musk?

Elon Musk is having a really bad week of PR, and he’ll find particularly little sympathy from at least one of the divers who helped rescue 12 boys and their coach from a flooded cave network in Thailand. Vern Unsworth, a British rescue worker and cave diver who was “instrumental” in locating the boys before transferring the mission to more specialized rescue operatives, criticized the billionaire for his promotion of a submarine that Musk claimed could assist in the rescue.

“He can stick his submarine where it hurts,” Unsworth said in an interview with CNN. “It just had absolutely no chance of working.”

Musk, the billionaire founder of Tesla and SpaceX, began directing the creation of a submarine (nicknamed “Wild Boar” after the boys’ sports team) in the hopes of assisting the rescue effort. The submarine was reportedly 5 feet and 6 inches long, small enough to carry one of the boys but likely rigid and obtuse in the tight, murky dimensions of the cave network.

The head of the rescue operation, Narongsak Osottanakorn, stated that the machine was impractical for the obstacles they faced.

The former Thai provincial governor (described inaccurately as “rescue chief”) is not the subject matter expert. That would be Dick Stanton, who co-led the dive rescue team. This is our direct correspondence: pic.twitter.com/dmC9l3jiZR

After Zeynep Tufecki, a professor who writes about the social impact of technology, penned a mostly critical New York Times opinion piece about what Musk could learn from the experience, the billionaire continued to fire back.

Musk can be seen in the tweet asserting to Tufecki that he intends on recording video of the sub making it to the cave network where the boys were found, as well as referring to Unsworth as “pedo guy.”

“Pedo” is commonly used as a slang variation on “pedophile.” It’s unclear why Musk saw fit to use such unhinged language in a dispute that had nothing to do with such subject matter.

The billionaire tech mogul has been the subject of a number of controversial or offputting missions as of late, including a vow to fix the tainted water in Flint, Michigan.