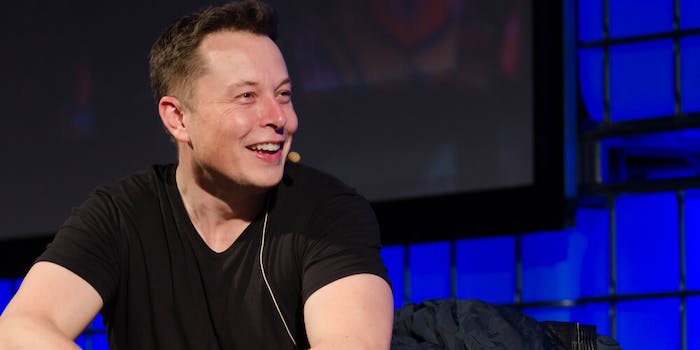 Tesla CEO Elon Musk would sure save himself a lot of trouble if he’d just stay off Twitter.

A judge has just ruled that a tweet Musk posted in 2018, insinuating that if his employees were to be successful in unionizing they would lose their Tesla stock options, broke the law.

“Nothing stopping Tesla team at our car plant from voting union,” Musk wrote in the tweet, dated May 21, 2018. “But why pay union dues & give up stock options for nothing?”

Nothing stopping Tesla team at our car plant from voting union. Could do so tmrw if they wanted. But why pay union dues & give up stock options for nothing? Our safety record is 2X better than when plant was UAW & everybody already gets healthcare.

The ill-advised tweet wasn’t the only issue the judge found with Tesla’s actions surrounding attempts to form a union at the company. One pro-union employee was fired, and the judge has now ruled he is not only to be reinstated at the company, but also must receive back pay.

This isn’t the first time Musk’s tweets have gotten him, along with his company, in hot water.

In early 2019, a group of Tesla investors filed a lawsuit against the CEO based on what they say was conflicting information about the company between a tweet Musk posted and information shareholders had just been given.

That incident had been preceded by Musk being slapped with a $20 million fine for claiming on Twitter that he was “considering taking Tesla private at $420.” The tweet also caused him to have to step down as chairman for a minimum of three years and caused a huge fluctuation in the value of Tesla that terrified stockholders.

And Musk isn’t the only high-profile businessman to make the idiotic mistake of posting anti-union sentiments on Twitter. Ben Domenech, co-founder of the Federalist, was the subject of a similar complaint last week, though his union-busting technique was a bit more blatant.

“FYI @fdrlst first one of you tries to unionize I swear I’ll send you back to the salt mine,” he wrote back in June.

Meanwhile, Dave Portnoy, the founder of the often-controversial Barstool Sports, threatened to “smash [employees’] little union to smithereens” back in August, tweeting that he would “fire [them] on the spot” should they try to unionize.

A complaint was quickly filed, but Portnoy doubled down, heading back to Twitter to say “If all the people in my mentions would spend more time working and less time tweeting you would be rich and powerful like me and wouldn’t need your blogging unions to protect you.”

All these guys, including Portnoy, should probably consider taking his advice and spend less time tweeting, especially when those tweets come in the form of threats at their employees.

As for Musk and Tesla, an appeal is expected to follow the ruling, but the fact that a judge found them guilty of illegally intimidating workers who are attempting to form a union will hopefully send a signal to all the other anti-union founders and CEOs out there.