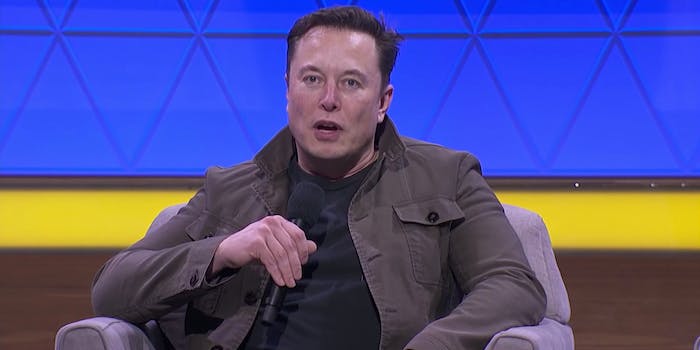 Elon Musk, who wants to colonize space, thought the moon was Mars

Elon Musk apparently can’t go more than a week without noise on Twitter, and everybody’s favorite meme lord is back from E3 and ready to make vague scientific commitments.

Musk took a brief Twitter departure last week after he tweeted fan art of the character 2B from the video game Nier: Automata. Commenters suggested that Musk credit the artist of the piece but he had an unsavory response to this. “No one should be credited with anything ever,” wrote Musk in a now mostly deleted Twitter tantrum.

Musk claimed he was deleting his entire account, but is back online.

And back to his antics!

In a tweet posted on Sunday afternoon, Musk attached an image with the text “Occupy Mars” and an image of a celestial body. The problem here? The image included a picture of the moon during a total lunar eclipse instead of Mars as Musk supposedly intended. People online did not hold back when pointing this out.

A reminder: Musk is the CEO of SpaceX, a private space transportation services company with plans to send humans to Mars.

A man who can’t tell the difference between the Moon and Mars is building cars that people are driving right now and we’re supposed to be okay with that. https://t.co/gtEAYxt8Ss

How did this happen? Did Musk make the image himself? Did he have a personal assistant do it? We’ve reached out to Space X for context and clarity.

Musk has since admitted his mistake, laughing it off with some emoji. This admission also invalidates the idea that this whole thing was a joke by Musk referencing President Donald Trump calling the moon a part of Mars.