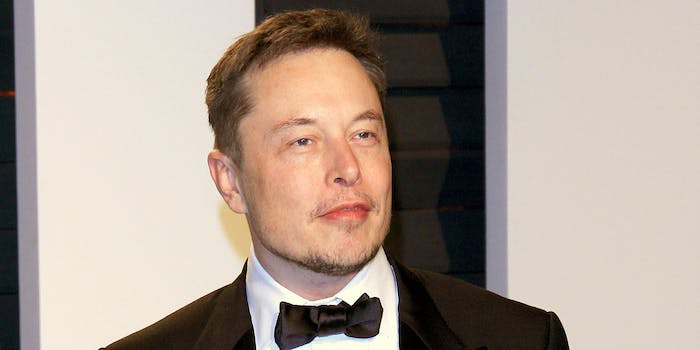 'I have lost 30 years of my life savings all in Tesla thanks to your tweets. Please stop.'

Elon Musk has gone from national hero to somebody who can’t stop getting himself into trouble. Now, people on the internet are pleading with him to stop tweeting, because every time he does, they apparently lose more money.

That’s what Twitter user @isaiah_kb discovered, especially after Musk tweeted this on Thursday, referring to the Securities and Exchange Commission (SEC) as the Shortseller Enrichment Commission.

Just want to that the Shortseller Enrichment Commission is doing incredible work. And the name change is so on point!

That’s when the apparently huge Tesla investors spoke up.

Same here, basically lost 30k of my life savings and almost gone now. Love Tesla and really believe in it but last 2-3 months have been incredibly painful financially investing in Tesla and doesn't help being single dad currently between jobs.

Yeah well was doing great last 2-3 years and only went south after go private tweet, relentless short and media attack, and nail in coffin was SEC bs. If it was only one or even two black swan events, no problem at all but multiple ones in 2-3 months is beyond what you expect.

And there is a famous Chinese saying: Silence is GOLD. At least this is true for you at this specific moment.

Seriously? I love your products but why are you poking the bear????

The last few months certainly have not been kind to Musk.

He’s facing a libel lawsuit for calling one of the Thailand cave rescuers a “pedo.” He’d gone back and forth about whether he should take his company private after a couple weeks of panic from his investors. The SEC began looking into the company after he posted a 420 tweet, because the commission said he was trying to mislead his investors. Meanwhile, the Russians are trolling him, and he smoked weed on Joe Rogan’s podcast to further freak out his supporters.

Perhaps most frightening of all, one Tesla staffer said the company was chaotic. “Elon talks about being a socialist and doing good for mankind—unless you work for them,” a source told the New York Post. “It’s a shit show.”

People also haven’t been impressed by the actions of Musk—who, in his settlement with the SEC, said he’d step down as Tesla’s chairman of the board and pay a $20 million fine.

Tesla stocks have seen dramatic fluctuations over the past year, ranging between $244.59 and $387.46 per share. Tesla stocks are currently at $261.95 per share.

But for those investors who are pleading with Musk to stop tweeting so much, other Twitter users said they should think about switching up their investment strategies.

How did you lose ALL your savings? The Tesla stock hasn't gone to 0.

Also, your own bio says you "change your mind often" and you're shorting Tesla, maybe YOU should examine your behaviour and take responsibility for your own bad investing decisions.

Think you should blame yourself more for putting all your life savings into a company that is so volatile.
And if you go long on Tesla, trust me, it'll recover because fluctuations correct themselves and in the end, all that matters is the product.

While Musk was mostly silent toward those asking him to stop tweeting, he did respond to one Twitter user who said it seemed like Musk was actually working against Tesla’s long-term investors.

“Hang in there,” Musk tweeted. “If you are truly long-term, it will be fine.”