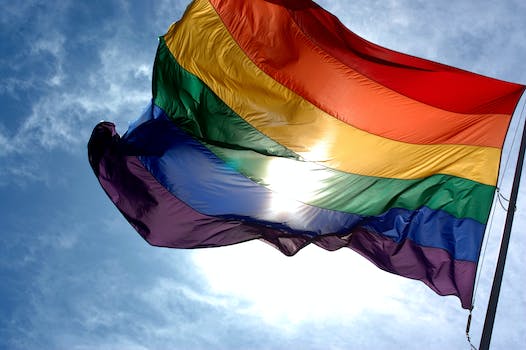 These are the 2015 election wins and losses for LGBT rights

I'll trade you one lesbian mayor for a bunch of horrible discrimination.

The 2015 election results are in, and as usual, there’s little rhyme or reason to the status of LGBT rights at the state level.

It was an election that brought wins, losses, and disappointing reversals of earlier victories. The day’s biggest news came from Houston, Texas and Salt Lake City, Utah: two cities known for being LGBT-friendly enclaves in otherwise overwhelmingly red states.

Salt Lake City elected its first openly lesbian mayor on Tuesday night, reported the Salt Lake City Tribune. Former Utah state legislator Jackie Biskupski took a 52.19 percent lead against incumbent mayor Ralph Becker in an unofficial count. The city is still awaiting some mail-in votes and will determine the official win on November 17. If Biskupski’s lead holds, she will not only be the first lesbian to lead the city but also the second female mayor.

In Houston, a conservative push led to voters repealing the city’s existing civil rights ordinance that offered nondiscrimination protections based on a number of protected classes including sex, race, color, ethnicity, national origin, age, religion, disability, pregnancy and genetic information, as well as family, marital or military status. But the reason the law was fought? It included sexual orientation and gender identity in the range of protected classes—leading to a conservative campaign that alluded to the concept of “men dressed as women” and “sexual predators” being allowed to enter women’s bathrooms, according to the Houston Chronicle.

“As a proud Texan, Reverend, and black gay man, I am deeply disappointed with the outcome of today’s election—yet we are not defeated,” said Rev. Rodney McKenzie Jr., Director of the Academy for Leadership and Action at the National LGBTQ Task Force Action Fund, in a statement emailed to the Daily Dot. “While the road to justice is long, we will redouble our efforts to secure full freedom, justice and equality for lesbian, gay, bisexual, transgender and queer people.”

Houston’s equal rights ordinance—dubbed the HERO Act—was so hotly contested after being passed by the City Council in May 2014 that it ended up in the state Supreme Court this July after a year of referendum challenges. Despite an online campaign by Houston Hero Cats, which used images of adorable kitties to illustrate the various ways the law protected people from racism and other forms of discrimination in hiring, housing, public accommodations, and other areas, in the end the measure couldn’t hold in light of the bathroom wars. In another blow to the LGBT community, Kentucky voters elected GOP rising star Matt Bevin to the seat of Governor. Bevin embraced Kentucky county clerk Kim Davis during her refusal to issue marriage licenses to same-sex couples, visiting her in jail and speaking on her behalf across the country. Bevin told the Washington Post this week that he had planned to center his campaign on the economy, but then discovered that all people really wanted to talk about was same-sex marriage and Planned Parenthood. According to The Advocate, the country saw a smattering of other LGBT losses as well. In Mississippi, lesbian state auditor candidate Jocelyn “Joce” Pritchett lost to the Republican incumbent. A lesbian mayoral candidate for Charleston, South Carolina failed to capture a majority, and Utah’s Sophia Hawes-Tingey, poised to be the state’s first out transgender elected official, likely lost the Midvale City Council seat by a narrow margin.

San Francisco saw an entire city split over whether to restrict Airbnb, which many residents say has contributed to gentrification, skyrocketing rents, and lack of affordable housing that have driven out swaths of the LGBT community. In the end, Airbnb won with Proposition F being voted down.

But with some losses came wins in other parts of the country, such as Palm Springs, California, where newly-elected openly gay mayor Rob Moon beat lesbian candidate Ginny Foat to grab the mayoral seat out from under gay mayor Steve Pougnet, who led Palm Springs for the past eight years.