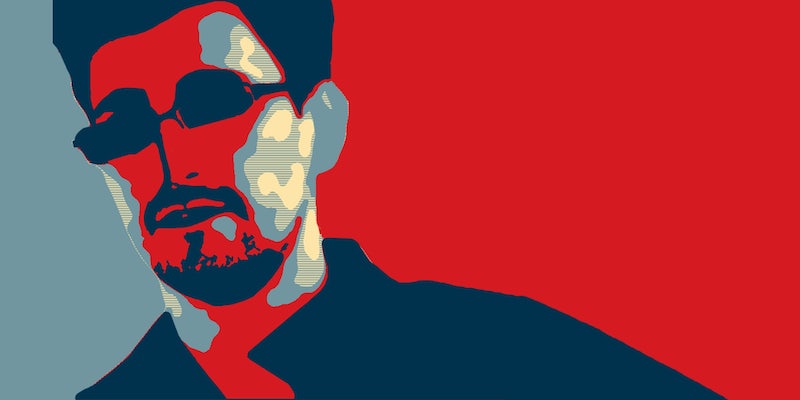 A We the People petition to pardon NSA whistleblower Edward Snowden reached th required 100,000 signatures to ensure an official response from the Obama administration.

President Obama will now be forced to weigh in on the public’s desire to pardon PRISM whistleblower Edward Snowden, despite a carefully crafted effort to neither praise nor condemn him.

A We the People petition titled “Pardon Edward Snowden” reached the requisite 100,000 signatures Saturday morning. By the Obama administration’s own rules, any petition that reaches that threshold will receive a formal response from the White House, though there’s no formal timetable for the official comment.

Update:
• Snowden flees Hong Kong, is headed to Ecuador
• Snowden’s not on that flight to Cuba. Where is he?


Obama has defended National Security Agency (NSA) spy programs like PRISM as legal, but he has refused to comment on Snowden himself. In his most extensive interview on the subject, he explained to CBS’s Charlie Rose that all the NSA’s controversial spying actions were allowed by the Foreign Intelligence Surveillance Act (FISA). But he refused to comment on Snowden himself, simply saying, “He—the case has been referred to the Department of Justice for criminal investigation.”

Congress has been in a frenzy since Snowden’s revelations. While its members’ responses have ranged from surprise and outrage at PRISM’s existence to a staunch defense of it, Snowden as an individual has received very little support. A few members, like Senator Dianne Feinstein (D-Calif.) and Reps. Aaron Schock (R-Ill.) and Peter King (R-N.Y.), have accused him of treason, though that’s not among the DoJ’s charges.

The petition was created soon after Snowden revealed himself to be the source of an NSA slideshow detailing PRISM, a still-not-fully-explained program that allows the government to track communications on Gmail, Facebook, and other U.S. Internet companies. Signatories had begun to lag in recent days, but they skyrocketed after the U.S. Department of Justice formally charged Snowden with espionage, theft, and conversion of government property on Friday.

The petition, which closes July 9, currently has 100,710 signatures.