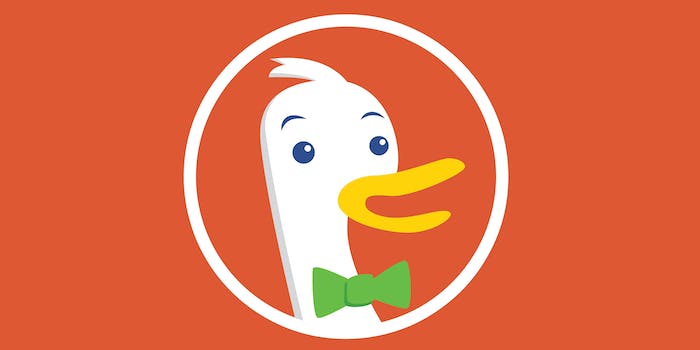 On Wednesday, DuckDuckGo CEO announced that its search engine would work to deprioritize and down-rank sites that push Russian disinformation about its ongoing invasion of Ukraine.

The move mirrors similar actions taken by big tech giants such as Google and Facebook against Russian state-sponsored media, which are actively supporting Russia’s action and pushing narratives that misrepresent what’s going on in the ground.

Unfortunately, due to a fundamental misunderstanding about what DuckDuckGo is, some people, especially those on the far right are upset about the action.

DuckDuckGo rose in popularity as an alternative to Google, which prioritized user data privacy over hovering up reams of personal information. However, as a right-wing backlash to big tech swelled, DuckDuckGo also became a popular search engine for some on the far-right, as they believed it wasn’t involved in the censorship they allege big tech to be involved in.

So when they saw the news DuckDuckGo was engaged in what they think is “censorship,” a very weighted word in their lexicon, that instantly draws ire.

Suddenly, the hashtag #DuckDuckGone was trending on Twitter with users saying they were ditching it.

But DuckDuckGo was never a temple to anti-Big Tech censorship that some on the far-right built it up to be. It’s always been a bastion of user privacy, and this in no way affects that.

In a statement to the Daily Dot, DuckDuckGo said that they are not in any way “censoring” results.

“Search engines by definition put relevant higher quality sites over lower ones for every search. This isn’t censorship, it’s just search rankings. DuckDuckGo is not censoring results. We are simply using the fact that these sites are engaging in active disinformation campaigns as a ranking signal that the content they produce is of lower quality, just like there are signals for spammy sites and other lower-quality content. Current examples are Russian state-sponsored media sites like RT and Sputnik,” DuckDuck go said in a statement.