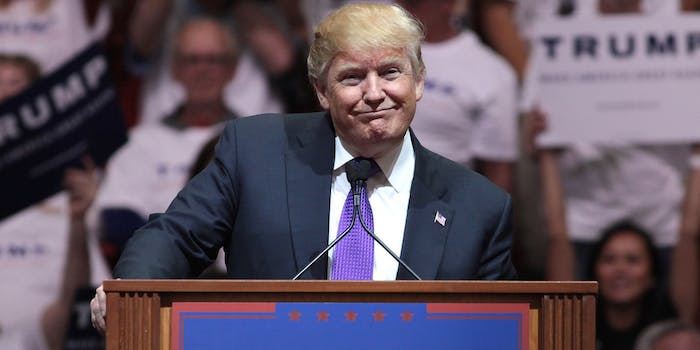 The win follows a rough weekend for the real estate magnate, who lost to Cruz in Kansas and Maine on March 5. Trump scored victories in Kentucky and Louisiana.

Not including his share of Mississippi’s 40 delegates, Trump leads the GOP pack with 384 delegates to Cruz’s 300, according to the New York Times‘s count. Trump needs 1,237 delegates to secure the Republican nomination.

Republican voters are also deciding their presidential picks in Michigan, Idaho, and Hawaii on Tuesday night.

Key contests for the Republican field arrive on March 15, when Florida, Ohio, Illinois, Missouri, and North Carolina voters take to the polls. If Trump wins Ohio and Florida—which are, along with Illinois, winner-take-all delegate states—it may be impossible for any challenger to stop his path to the GOP nomination in July.