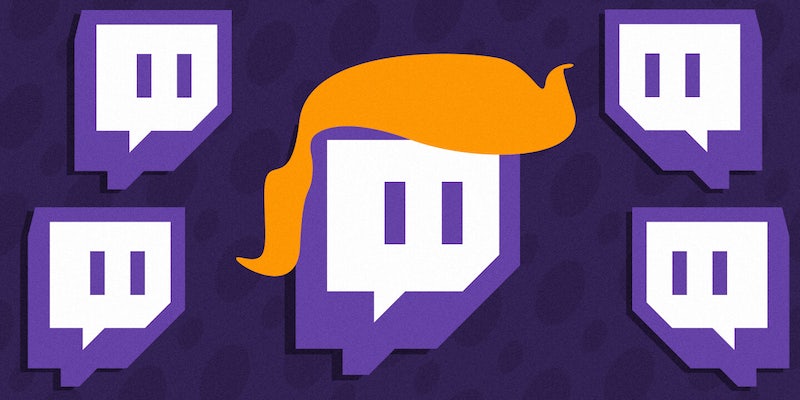 Is he courting millennials?

Donald Trump joined Twitch, Amazon’s live streaming service, in an apparent move to connect with voters during his campaign.

Trump first used Twitch on Thursday to live stream his rally in Minneapolis, Minnesota. Trump’s account is verified and already has 46,560 followers.

Trump is not the only presidential candidate to use Twitch to reach voters. Sen. Bernie Sanders (I-Vt.) joined Twitch in June, and has 88,882 followers. Sanders regularly streams rallies and town halls and posts shorter clips from speeches.

Twitch is a streaming platform owned by Amazon, primarily used by video game players. The platform is also used to live stream other events like music, sports, and talk shows.

Amazon purchased the company in 2014. Twitch now has 15 million daily users and 1.3 million viewers “at any given moment.”

Trump has heavily criticized Amazon’s founder Jeff Bezos, especially since Bezos owns the Washington Post, which has produced numerous stories and scoops about Trump. Trump often refers to the Post as “The Amazon Washington Post” and has accused Bezos of buying the paper for tax purposes.

Trump’s criticisms do not stop with the Post. This August, the White House ordered the Department of Defense to reexamine a $10 billion cloud computing contract “because of concerns that the deal would go to Amazon,” according to the Post. Trump has even claimed that Amazon is abusing the United States Postal Service by using a low-rates system, and said that Amazon should have to pay these costs.

Trump’s past criticism of Bezos makes joining Twitch a perplexing move. But, then again, Trump hates every social media service he’s on.