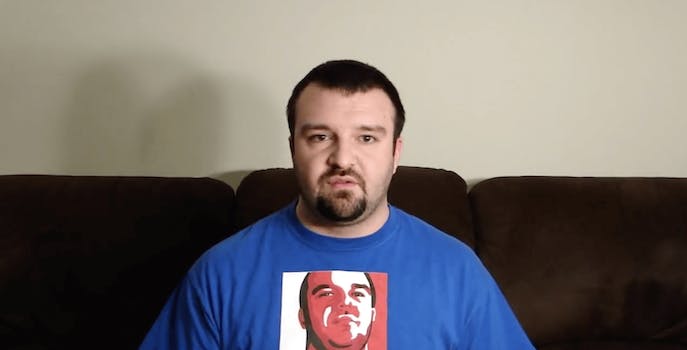 The streamer said people offended by racial humor 'don't have a thick skin.'

Twitch streamer DarksydePhil, a white man whose real name is Phil Burnell, is drawing criticism for trying to defend jokes about race.

In a Twitch live stream reposted to Reddit on Thursday, Burnell argued that it was OK for people to jokes about race and but that it’s not OK for him to be mocked for having gout.

“Racist jokes are silly, if you do them in a general fashion,” Burnell said. “What I mean by that is, when you make a joke that is a racial generalization, about a race, let’s say something about Italians, or the Chinese, it’s usually a generalization, you’re not directing that towards one person.”

He went on to say that those who are offended by racial humor just “don’t have thick skin.” He argued it’s a difference between “insulting someone personally” regarding race and “making a general joke about race.”

Redditors were quick to criticize the streamer’s attempted distinction. One commenter called his thoughts “hypocrisy at its finest.”

Dexerto, which first reported the story, found this was not the first time that Burnell has comments of this nature.

A YouTube video uploaded in January 2017 and titled “DSP Tries It – Ultimate Racism & Insulting Other Countries” appears to be a compilation of Burnell’s comments. In the video, he says, “It’s funny to joke around and say things that, in a serious setting, might be racially insensitive, but they’re not really meant, and therefore, they can be pretty comedic.”

Burnell’s Twitch channel has not been handed a suspension from the platform for his comments, though his words appear to be a violation of Twitch’s guidelines against hateful conduct.