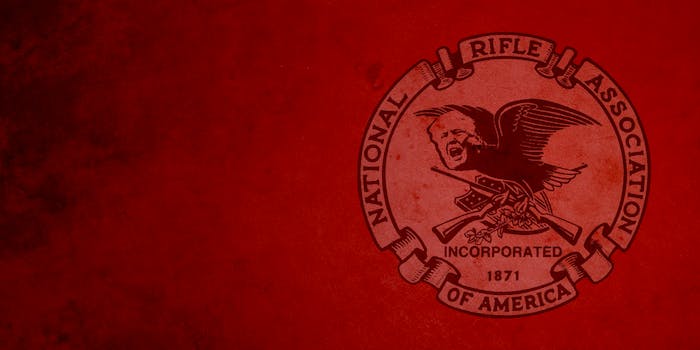 Chris Cox, the executive director of the association’s lobbying arm, announced the endorsement on stage at an NRA leadership forum. Trump, the presumptive Republican nominee, then spoke to the crowd, telling them that likely Democratic nominee Hillary Clinton wanted to take away their guns. Trump also promised to eliminate bans on carrying firearms in certain places.

While Trump has curried favor with the NRA by adopting a strong pro-gun stance in the 2016 election, he has a history of criticizing the NRA and gun ownership.

In 1999, he said he wished that no American owned a gun. In the same interview, he criticized Republican politicians who “walk the NRA line” and oppose “even limited restrictions” on firearm sales and ownership.

In December 2012, after President Obama addressed the nation following the mass shooting at a school in Newtown, Connecticut, Trump tweeted that the president “spoke for me and every American.”

Of Clinton, Trump told the NRA crowd, “She wants to abolish the Second Amendment. She wants to take your guns away. Just remember that.” In fact, while Clinton does support restrictions on gun sales, including universal background checks, she does not support taking away Americans’ legally purchased firearms.

Reporters were quick to note that many of Trump’s golf clubs and hotels are gun-free zones, including the Albemarle Estate in Virginia, Trump’s hotel in Chicago, and Trump’s flagship property and personal residence, Mar-a-Lago.