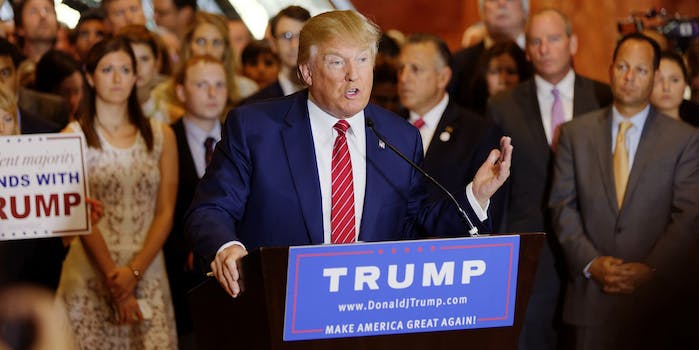 Trump is the presumptive nominee, but he still has delegates to win.

Donald Trump secured his second victory of the night on Tuesday with a win in Nebraska’s Republican presidential primary.

Trump is the presumptive Republican presidential nominee, having edged out his last remaining challengers, Texas Sen. Ted Cruz and Ohio Gov. John Kasich, both of whom ended their campaigns last week but remained on the Nebraska ballot.

Nebraska was widely seen as a firewall in the #NeverTrump movement thanks to its demographics that largely favored Cruz. However, because the state’s primary comes so late in the election season, the last time Nebraskans voted in a contested primary was 1968.

A billionaire real-estate mogul and former reality TV star, Trump has not yet locked up the nomination despite being uncontested. Trump will take all of Nebraska’s 36 delegates, Trump had 1,107 delegates in the bank, according to the Associated Press tally, but he still needs to win 1,237 to secure the GOP presidential nomination.

Republican voters head to the polls next in Oregon on May 17, when Democratic voters will cast ballots in both Kentucky and Oregon.