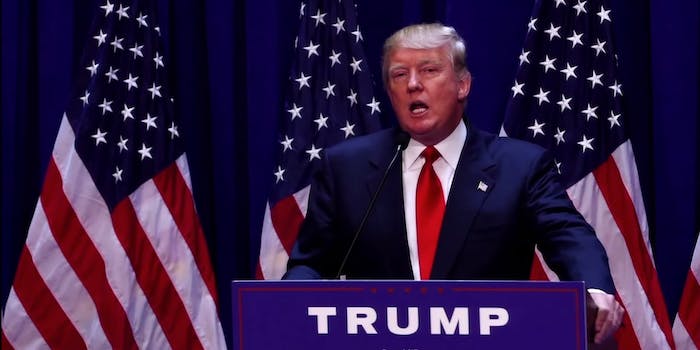 If he used this ad, he would definitely take the lead among Trump Party candidates.

If Donald Trump follows through on his threat to run as a third-party presidential candidate, he’s already got some TV ads waiting for him.

Trump is popular among the people but not with the leaders of his own party, whom he believes are undermining him. But running as an independent candidate would be a power play. He can’t just be his own candidate; he has to be his own party.

So Jimmy Kimmel stepped in to help.

The best part? Some very familiar faces are standing fully behind the idea.