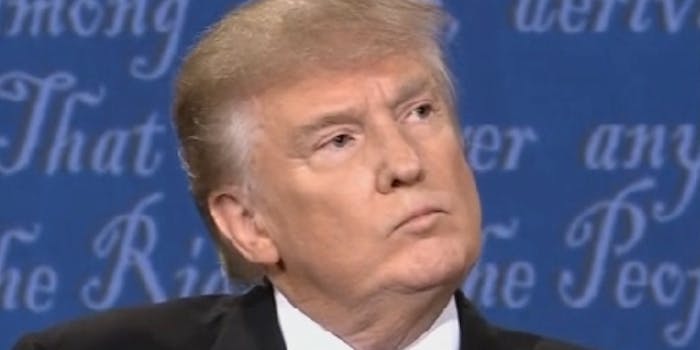 Time and again, Hillary Clinton used Donald Trump’s own words against him in Monday night’s presidential debate, putting him on the defensive.

“Donald thinks that climate change is a hoax, perpetrated by the Chinese,” Clinton said in key moments from the first debate. “I think it’s real.”

Trump’s Twitter history proves otherwise. People were quick to highlight a tweet from November 2012 in which Trump says, “The concept of global warming was created by and for the Chinese in order to make U.S. manufacturing non-competitive.”

In fact, that tweet, despite being nearly 4 years old, was one of the most popular of the night and the top retweeted tweet during the debate. It’s been shared more than 90,000 times.

This is the top Retweeted Tweet during the first US presidential debate: https://t.co/fOOoPvtZHK

You can say what you want during the debates, but the tweets don’t lie.