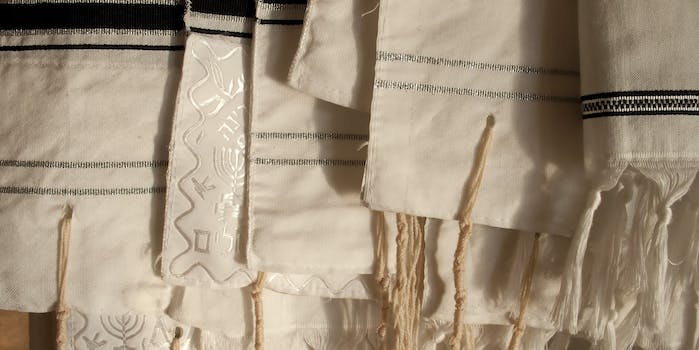 The gift of a Jewish prayer shawl confounded many observers online.

Donald Trump received a Jewish prayer shawl from a Michigan pastor after speaking to a black congregation on Saturday.

Addressing parishioners at Great Faith Ministries in Detroit, the Republican nominee said the “African American faith community” is “one of God’s greatest gifts to America and to its people.” Providing a “greater platform to the black churches and churchgoers,” Trump said, would be the greatest action U.S. leaders could take “to heal our country and support our people.”

“I am here today to listen to your message and I hope my presence here will also help your voice to reach new audiences in our country and many of these audiences desperately need your spirit and your thought,” said Trump, who was gifted a shawl by Bishop Wayne T. Jackson.

Jackson, introducing Trump, told the crowd: “This is the first African-American church he’s been in y’all.”

The shawl, or tallit, is a traditional cloth made of wool or linen predominantly worn by religious Jews during prayer. Millenniums ago, such shawls were worn as everyday clothing, but in modern times the tallit is worn almost exclusively as an expression of Jewish faith—mostly, but not always, by men. The fringes at the four corners of the cloth, called Tzitzit, are referenced in a Biblical verse, and attaching them to the shawls are among the 613 commandments (mitzvot) of the Torah.

Shawls are also frequently worn during bar mitzvah ceremonies, as noted by the creator of this meme: 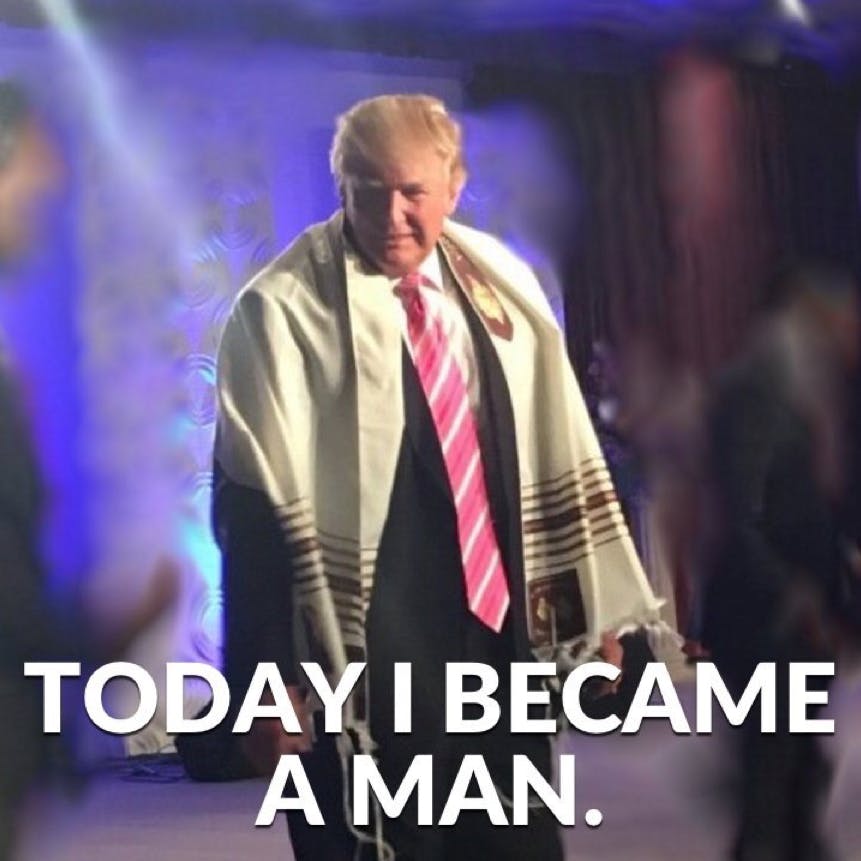 Shawls are not traditionally worn by Christians, but some who may feel a particular connection with the Holy Land—today Israel and the Palestinian territories—have appropriated the religious token into their Christian services. Nevertheless, the image of Trump wearing the tallit confused many people online.

I’m sorry, do I understand that this “pastor” appropriated the Jewish prayer shawl and gave one to Trump?!

Black preacher is giving Donld Trump a prayer shawl after letting him speak. This is the weirdest Bar Mitzvah ever.

Trump was also reportedly presented with two Jewish Heritage Study Bibles, one for himself and one for his wife, Melania Trump.