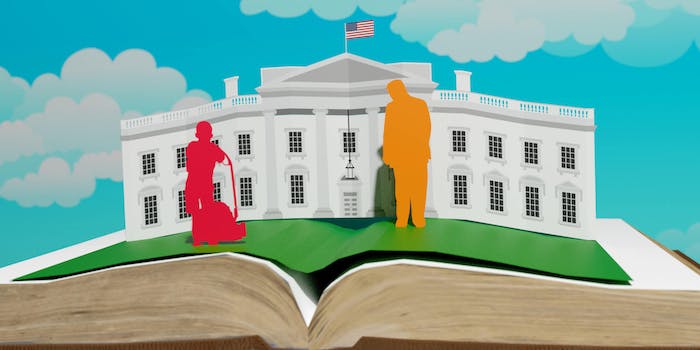 A lot of books have been written about this administration. Here are a few of the more well known ones.

President Donald Trump’s administration has led to an almost staggering amount of books being written about it over the course of his first three-plus years in office.

If the current non-stop political news cycle isn’t enough to satiate a need for more information about the administration, there has been a steady stream of “inside accounts,” former administration members tell-alls, and looks into the current world of politics. Even members of the Trump family are writing books.

And if that’s really not enough, there are more apparently coming ahead of the 2020 election.

Here’s a quick look at some of the more well known books about the Trump White House and his administration.

1) Fire & Fury: Inside The Trump White House by Michael Wolff

Fire & Fury was the first book that seemed to capture the news cycle in the early days of the Trump presidency—and it exploded onto the scene.

While the White House pushed back against its accuracy, that didn’t stop it from selling like crazy.

Fire & Fury was published in January 2018.  Wolff has promised a follow-up.

2) Fear: Trump In The White House by Bob Woodward

Fear, written by Bob Woodward, is much like others on this list: detailing the inner-workings of the White House during Trump’s time in office.

The book—which relies on interviews conducted on deep background—delves into Trump’s thoughts during Robert Mueller’s Russia investigation and feelings of members within the administration, according to the Washington Post.

In the book, it also describes how former Chief of Staff John Kelly allegedly called Trump an “idiot,” which the White House (and Kelly) later denied.

Fear was released in September 2018.

3) A Warning by Anonymous, A Senior Trump Administration Official

A Warning is a book-length follow up by the “senior official in the Trump administration” who penned a New York Times op-ed in September 2018 who claimed that there was a “resistance” inside the White House.

The op-ed sparked a lot of speculation as to who was its anonymous author, who in the op-ed claimed that Trump “continues to act in a manner that is detrimental to the health of our republic.”

Now, it appears, that the author of the book will reveal their identity before the 2020 election.

A Warning was released in September.

4) Team of Vipers: My 500 Extraordinary Days In The Trump White House by Cliff Sims

Cliff Sims, who worked in the White House as Special Assistant to the President and Director of White House Message Strategy, wrote about his time serving in the administration.

In the book, Sims writes about the in-fighting among the Trump administration between those who came from Trump’s 2016 campaign and those who were part of the Republican Party, according to NPR.

In one of the more eye-opening portions of the book, Sims recalls writing a statement for Kellyanne Conway about not leaking to reporters as he watched exchanging text messages reporters.

Team of Vipers was released in January 2019.

5) The Briefing: Politics, The Press, And The President by Sean Spicer

Sean Spicer, the former White House press secretary who left the administration in July 2017, wrote a memoir of his time serving Trump.

Spicer’s time in the White House was tumultuous—and he gives his thoughts on a number of things including his inauguration crowd size argument, Melissa McCarthy’s impression of him, and “holocaust centers.”

Spicer was also heckled during his tour promoting the book.

The Briefing was released in July 2018.

6) Unhinged: An Insider’s Account of the Trump White House by Omarosa Manigault Newman

Omarosa Manigault Newman was perhaps best known for her time on Trump’s reality show The Apprentice. However, following the 2016 election, Trump appointed Newman for a role in his administration, but things seemed to sour between the two.

Within the book, Newman makes a number of claims about the president—including that he chewed and swallowed a note given to him by Michael Cohen—and during her media tour surrounding the book’s release, she released recordings she had of former Chief of Staff John Kelly firing her.

Unhinged was released in August 2018.

Devil’s Bargain, written by journalist Joshua Green, focuses on the relationship between Trump and former White House adviser Steve Bannon, who left the administration in January 2018.

Devil’s Bargain was released in July 2017.