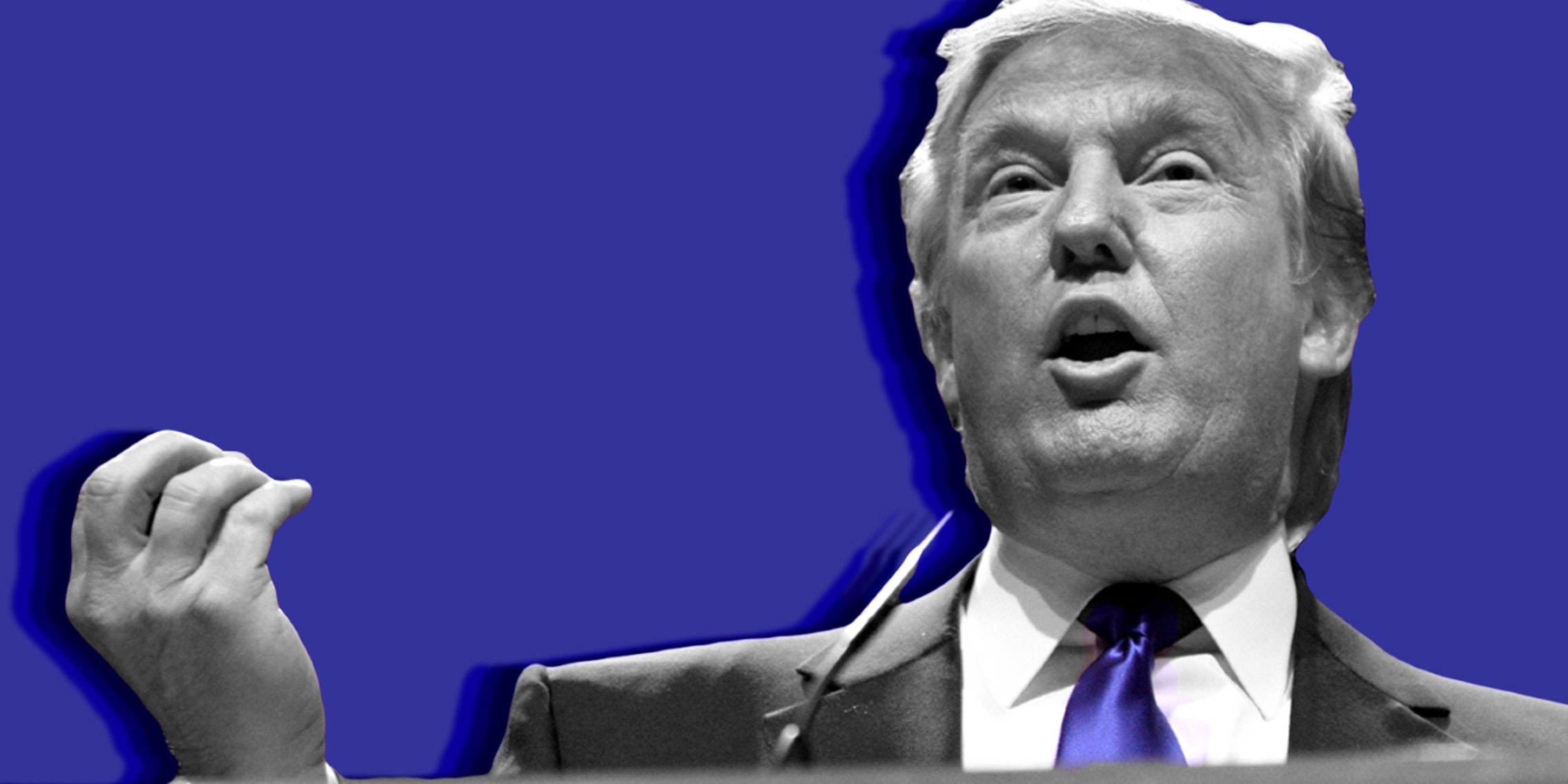 This was easily the best announcement speech so far.

Media mogul Donald Trump‘s announcement Tuesday that he is running for the 2016 Republican presidential nomination was a media spectacle unrivaled in modern American history. It all began with the world’s most incredible escalator ride.

Supporters flocked to Trump Tower in Manhattan to watch the announcement on TV screens in the lobby. Trump’s speech was heavy on self-flattery and insinuations—or outright assertions—that everyone besides him was a complete moron.

“Some of the candidates, they went in and didn’t know the air conditioner didn’t work and sweated like dogs, and they didn’t know the room was too big because they didn’t have anybody there,” Trump said, referring to participants in the 2012 Republican primary debates. “How are they going to beat ISIS?”

Trump is winging it. This is not embargoed speech I have.

Trump also had some thoughts on Mexicans, who, he literally said aloud, were probably rapists.

“They’re rapists,” he told the crowd, “and some, I assume, are good people.”

Donald Trump on http://t.co/yAgnzBs3vp: "I have so many websites. I have 'em all over the place."

Trump supporters outside the announcement event were more enthralled with Trump as the star of NBC‘s Celebrity Apprentice than as a serious politician.

Theresa(left),55, a medical assistant ran out yelling "that was awesome!" "I'd vote for trump. I admire his success." pic.twitter.com/igE7tdYbN9