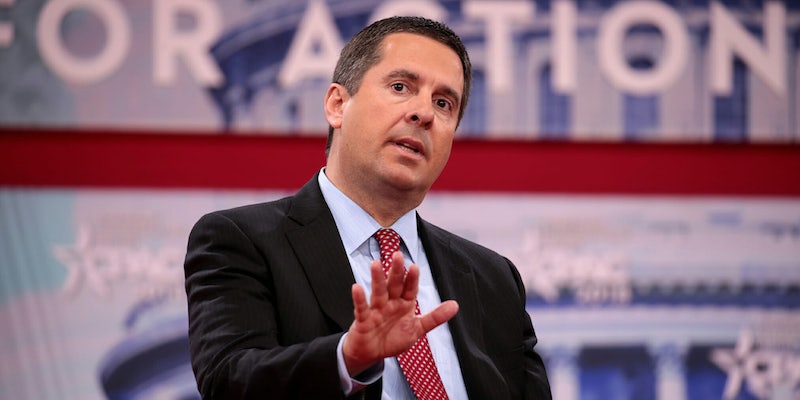 He made the remarks during an interview with Mark Levin.

Rep. Devin Nunes (R-Calif.) promised that he would file more lawsuits to “come after” people who “defame” him and other politicians on Twitter.

Nunes made the remarks during an interview with Mark Levin, where he discussed his lawsuit against Twitter. It was pointed out by The Democratic Coalition, a left-leaning PAC, on Wednesday evening.

“Sorry you just don’t get to defame politicians and put it out on Twitter anymore,” the California lawmaker said. “I mean, you can do it. But I’m gonna come after you.”

Nunes filed a lawsuit against Twitter earlier this week, seeking $250 million in compensatory damages and $350,000 in punitive damages, alleging that conservatives were being “shadow banned.” He also pointed to several parody accounts that were made “for the sole purpose of attack, defaming, disparaging, and demeaning” him. Fox News first reported on the lawsuit.

The lawsuit also seeks to have the identities of those running the parody accounts released.

During the interview, the California lawmaker promised to file more lawsuits in the coming weeks, likely what he was referring to when he said he could “come after” people. He said he expects suits to be filed “about every two weeks.”