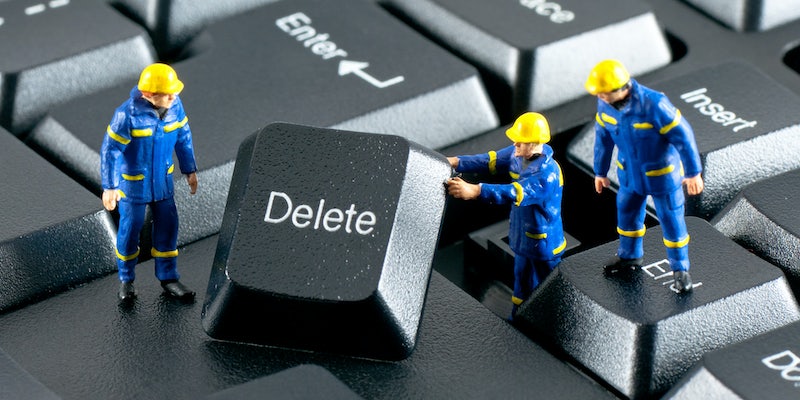 It would also create a 'Do Not Track List,' similar to the 'Do Not Call List' for robocalls

A newly introduced data privacy bill wants to make it easier for you to delete all the information data brokers have collected about you.

A bipartisan group of lawmakers from both chambers of Congress introduced the “Data Elimination and Limiting Extensive Tracing and Exchange Act, or DELETE Act on Thursday.

Specifically, the bill would direct the Federal Trade Commission (FTC) to create an online dashboard where Americans could submit a one-time request that all data brokers delete information that’s been collected about them. The data brokers, who would have to register with the FTC, would have 31 days to delete the data.

It would also create a “Do Not Track List,” similar to the “Do Not Call List” for robocalls. The bill notes that data brokers would be prohibited from collecting or retaining personal information on anyone who has submitted a data deletion request.

The bill was introduced by Sen. Bill Cassidy (R-La.), Sen. Jon Ossoff (D-Ga.), and Rep. Lori Trahan (D-Mass.) The law defines a data broker as “an entity that knowingly collects or obtains the personal information of an individual with whom the entity does not have a direct relationship” that then uses that information to perform a service for a third party or “sells, licenses, trades, provides for consideration or is otherwise compensated” for giving that information to a third party.

The bill targets companies that harvest data and build databases of people and then sell that information. Large data brokers include ones that collect personal information like Spokeo or ZoomInfo or ones that are more focused on advertising and marketing like Acxiom. Other data brokers focus on credit reporting like Equifax and Experian. Given the language of the bill, any data broker that sells that information would be subject to the registry and the deletion requests.

“Data brokers are buying, collecting, and reselling vast amounts of personal information about all of us without our consent. This bipartisan bill is about returning control of our personal data to us, the American people,” Ossoff said in a statement.

The DELETE Act would target one specific area of data privacy, however there is clearly an appetite among the larger public for Congress to act on many aspects of data privacy.

A recent poll from Morning Consult and Politico found that 56% of registered voters were either “strongly” or “somewhat” in support of Congress passing a data law that targeted algorithms on social media. Meanwhile, a coalition of public interest groups delivered 24,000 petitions from people online who wanted a comprehensive law.

Sen. Ron Wyden (D-Ore.) accepted those petitions during an online press conference in January and said that it was “past time” for Congress to act.