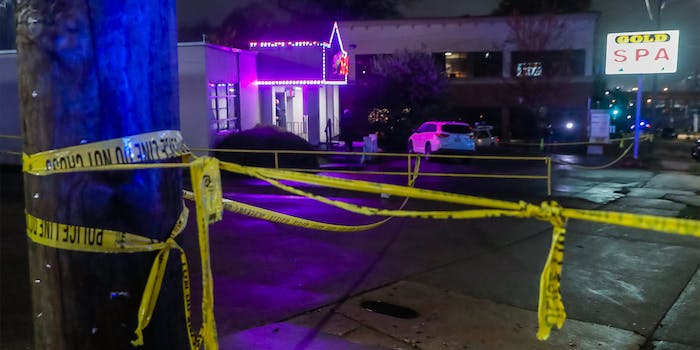 The social media site confirms that the accused shooter did not post anti-Asian remarks.

Facebook confirmed on Wednesday that a screenshot purporting to show the suspected Atlanta shooter making disparaging remarks about Asians is fake.

The fabricated screenshot, which circulated online after 21-year-old Robert Aaron Long was arrested for allegedly killing eight people on Tuesday evening, attempted to portray the shooting as motivated by anti-Chinese conspiracies related to the coronavirus pandemic.

Long is accused of targeting three separate massage businesses primarily staffed by Asian-Americans, resulting in six of the eight victims being of Asian descent. Investigators also noted that among the eight victims, seven were female, one was male, and two were white.

The vicious attack immediately raised concerns that yet another hate crime against Asian-Americans had occurred, a growing problem since the coronavirus outbreak first began.

But Long’s motives remain somewhat muddled despite the clear attack on the Asian community. In a statement on Wednesday, Cherokee County Captain Jay Baker asserted that Long not only admitted to the shooting but denied that race was a motivating factor.

Long instead claimed that a “sex addiction” led him to target the massage parlors in order to “eliminate a source of temptation.”

However, all the places he visited were staffed by Asian women.

Cherokee County Sheriff Frank Reynolds added that Long is believed to have “frequented these places in the past” and “may have been lashing out.”