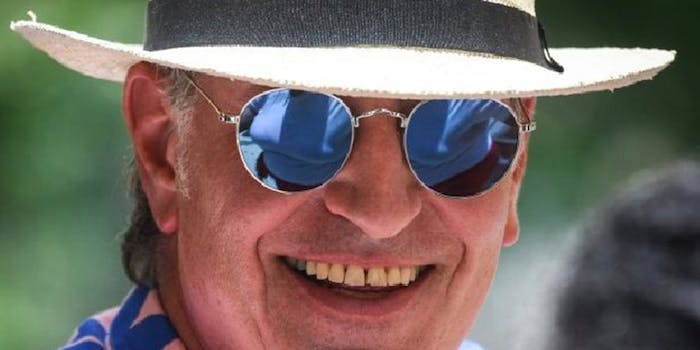 New Yorkers noticed a racy detail in the reflection of the mayor's glasses.

Ever since he reached lame-duck status—and with the coronavirus pandemic receding in New York City—Mayor Bill de Blasio seems to be having the time of this life. He’s wearing a Brooklyn Nets jersey to work, eating pizza at press conferences, and seemingly subtly checking out the racks of his constituents.

Although that last one apparently was a touch too far.

In a tweet he’s since deleted, de Blasio said the future of New York was so bright, he had to wear sunglasses.

But some Twitter users swiftly noted that he wasn’t exactly staring into New York in 2030, but rather the chest of a woman across from him.

New York City’s mayoral election takes place on Nov. 2. While a Democratic candidate for the ballot has not yet been finalized, Eric Adams is currently leading in the primary vote totals.