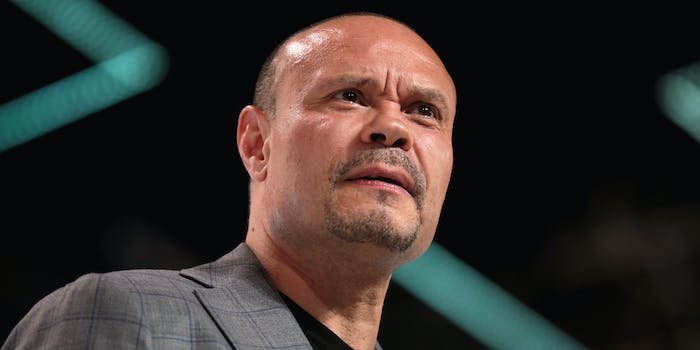 'You can have me, or you can have the mandate, but you can't have both of us/'

Conservative pundit Dan Bongino has threatened to cut ties with the company that carries his radio talk show over its COVID-19 vaccine mandate.

In a statement on Monday, Bongino, a former police officer and Secret Service agent, told Cumulus Media during a segment of “The Dan Bongino Show” that it would have to choose between either him or the mandate.

“You can have me, or you can have the mandate, but you can’t have both of us,” Bongino said.

Cumulus Media first announced the mandate nearly two months ago after it was decided that most employees would be asked to return to the company’s offices to work.

Mary Berner, CEO of Cumulus Media, stated in a memo that all employees would need to be vaccinated excluding those with legal exceptions.

“It would neither be fair nor do we have the bandwidth to make exceptions based on individual preferences,” she wrote.

Prior to Bongino’s on-air ultimatum, Cumulus Media had reportedly lost or fired numerous employees as a result of the policy.

Bongino, who received the COVID vaccine, claims his defiance to the mandate is not about himself but about defending his fellow employees.

“To be clear, @dbongino got vaccinated on the advice from his doctor while he was battling cancer,” a tweet from the account of Bongino’s news website said. “He is not resisting the vaccine mandate for himself but for other employees who don’t have a platform to fight back as they risk unemployment if they don’t comply.”

Later on during his rant on Monday, Bongino called the mandate both “unethical” and “immoral” while daring Cumulus Media to make the next move.

“Cumulus is going to have to make a decision with me if they want to continue this partnership or they don’t. But I’m talking to you on their airwaves. They don’t have to let that happen,” Bongino added. “You have a choice. I work with you. I do not work for you; I never will. You may have had other people in a corner, but you don’t have me.”

As noted by the Daily Beast, however, Bongino has thus far remained silent about the vaccinate mandate over at Fox News, where he currently hosts a Saturday night talk show.