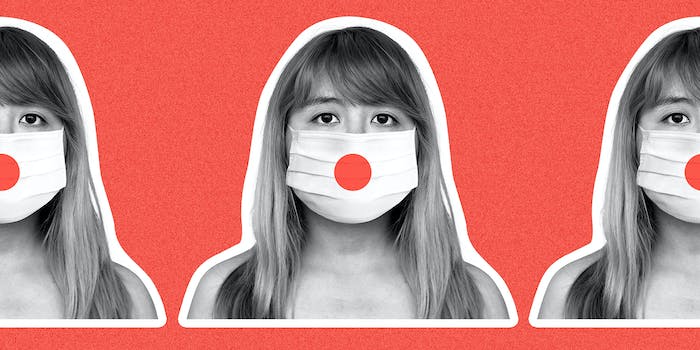 Burglars are not using chloroform-filled N95 masks to knock people out, despite viral claims

The claim has been circulating online since early last year.

In posts across social media, allegations that burglars are going door-to-door to hand out free face coverings while posing as government volunteers have gone viral.

The face masks, which the homeowners are allegedly encouraged to try on, allow the burglars to ransack their victims’ homes after the unnamed chemicals render them unconscious.

A screenshot circulating on Twitter even purported to show the claim being shared by SF SAFE, a non-profit crime prevention program run by the San Francisco Police Department (SFPD), on the neighborhood watch app NextDoor.

A tweet about it appears to have been deleted as well.

Yet it turns out the claim is entirely untrue. Not only that, the conspiracy theory has been circulating online since at least March of last year.

As noted by Snopes, the fake scenario was even acted out in a satirical video in April by users on TikTok.

The conspiracy theory’s reemergence this week led the Pine Bluff Police Department in Arkansas to issue a statement denying the claims after it spread throughout their community.

In comments to the Daily Dot, the San Francisco Police Department denied ever sharing the false claim. The Daily Dot also reached out to SF SAFE as well as the employee who was cited as sharing the post on NextDoor but did not receive a reply.

Either way, the allegation that chemical-laden face masks have become a new tool for burglars is false.